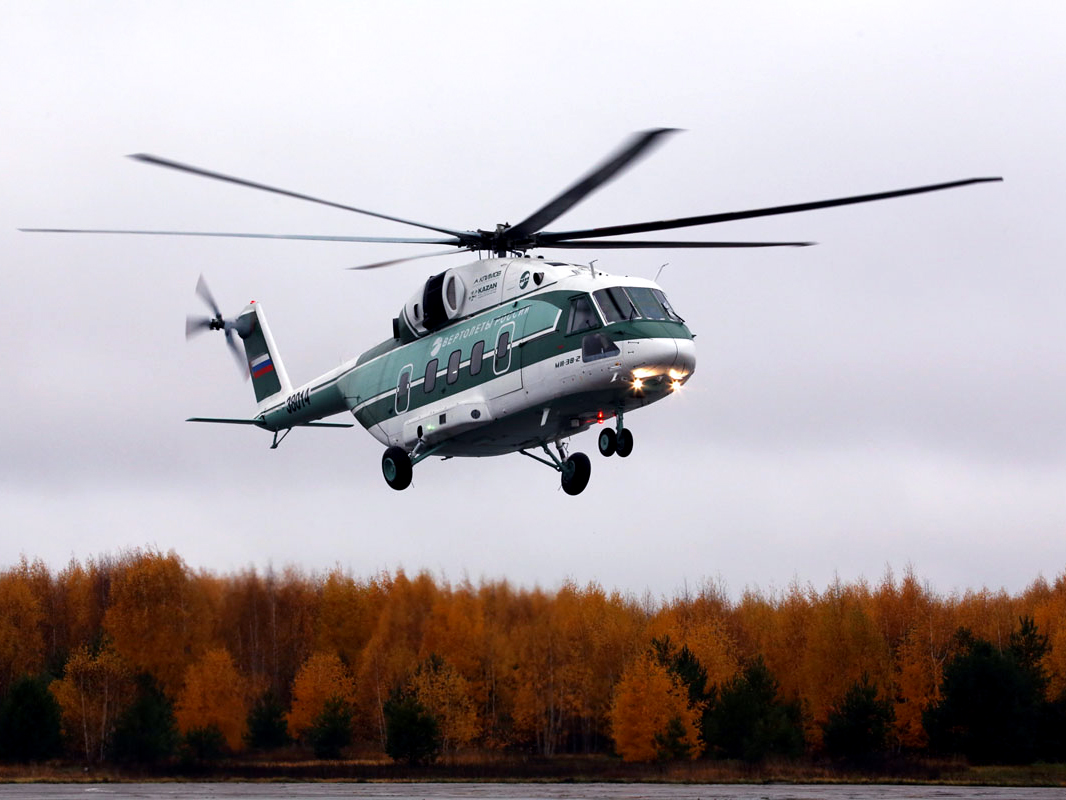 The fourth prototype of the new multirole Mi-38 helicopter has carried out a series of ground runs and completed its first flight at Russian Helicopters' (part of State Corporation Rostec) Kazan Helicopters' test flight centre.

“The Mi-38 development programme is making good progress,” Russian Helicopters deputy CEO, Kazan Helicopters CEO Vadim Ligai said. “Today, for the first time, the fourth prototype of this helicopter – that will soon start certification testing – took to the skies.” “Assembly production has already been launched on the fuselage of the first series-produced units. The Mi-38 has proven it boasts unique capabilities. I am confident that the helicopter will see great demand in Russia, the CIS countries, and on our traditional markets – countries across Africa, South East Asia, and Latin America.”

“The Mi-38 fourth prototype’s first flight was a success,”aircraft commander and test pilot (first class) Vladimir Kutanin said. “The helicopter handles well, all systems worked excellently during the test flight. The developers and producers of the Mi-38 can be proud. As pilots, we really liked the helicopter, it boasts excellent flight capabilities that should ensure it has very bright prospects.”

Aviation experts are confident that the Mi-38’s enhanced payload and passenger transportation capacity, combined with the high levels of speed and comfort achieved, will ensure it becomes one of the most popular models in regional aviation, chiefly for passenger and cargo transportation. Its low noise levels, reduced flight preparation time, roomy passenger cabin, meeting new flight safety standards all open up broad operational opportunities for the Mi-38, including in VIP transport. Mi-38 class helicopters boast greater operational profitability than small aircraft thanks to a variety of features, including the fact that they boast highly efficient engines do not need any airfield infrastructure.