Prospects of Creating Drones in Russia 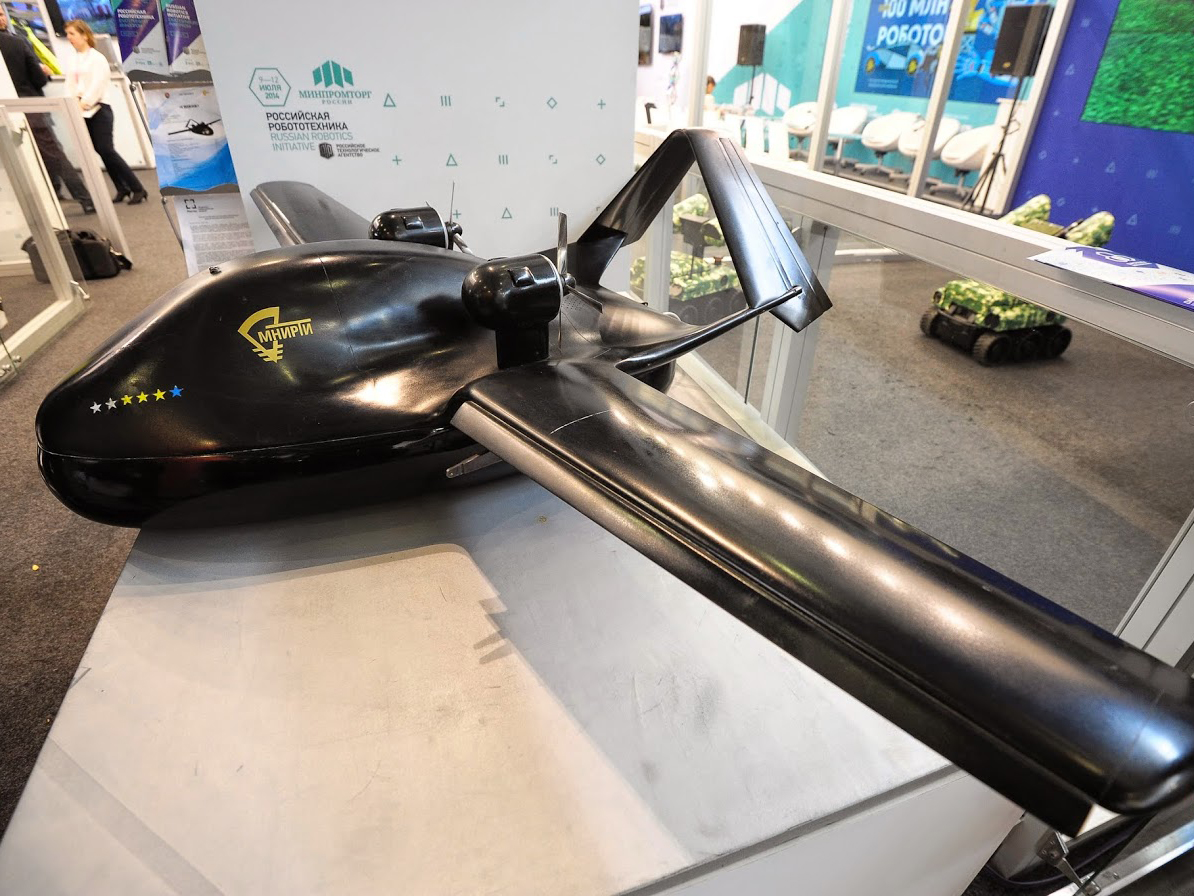 Arkady Syroezhko, Programs Director for Unmanned Aerial Vehicle (UAV) Complexes at Concern Vega, a United Instrument Corporation subsidiary, has told RIA Novosti newswire in an interview about the prospects of creating UAV complexes in Russia, their combat and reconnaissance capabilities and the effects of the Western sanctions on drone production in Russia.

“Can you tell us briefly about the concept of creating drone complexes. What does it entail?”

“Two key fundamental documents were approved late last year. The first one was the concept of creating UAV complexes through the year 2025. All the relevant organizations participated in the development of this document, led by Concern Vega in a key role. The concept was approved in five [Russian] government ministries.

“The second concept – that for use of unmanned aerial vehicles through the year 2030 – was designed by experts at the Russian Ministry of Defense. These documents complement each other quite well. Right now, another stage is under way in putting together a 10-year multi-agency comprehensive special-purpose program for the years 2016 through 2025 which is intended to coordinate the deadlines, targets and costs of actions by the military and defense manufacturers. This program focuses especially on the issues associated with building up a stock of R&D designs and on preparation of industrial facilities ahead of time which would support mass production of UAVs, issues that need to be resolved before full-scale development of drone systems begins. In other words, we want to create a surplus of R&D designs in advance.”

“Are there any problems hindering the development and production of unmanned aerial complexes in Russia?”

“Certainly, if we take smaller UAV complexes, there seem to be no particularly daunting issues with mass production, at least according to statements coming from companies involved in development of smaller drones.

“One would have to assume that the production of larger drone complexes, for example, those developed by the United Aircraft Corporation (UAC), will be based on the available aircraft-making production facilities, but the segment of series production of short- and medium-range UAVs is a completely new manufacturing sector crossing the boundary between electronics and aviation industries, and there is simply no adequate available industrial base for a sector like this in the Russian Federation today.

“The Russian Ministry of Defense has made repeated statements that several hundreds of billions of Rubles will be allocated for purchases of all types of drones. And such huge amounts are going to go into mass production, one needs to understand who can spend this kind of money efficiently and how.

“One of Vega’s subsidiaries, for example, already has a design for a short-range UAV complex. We are already preparing production facilities for series production of the drone in advance.

“We estimate the requirement of the Defense Ministry for unmanned aircraft as several hundred hulls by the year 2020. We need to start thinking now where and how we can manufacture the numbers of the aerial vehicles our customer has declared to be necessary. We have started an investment project and will launch a manufacturing facility to produce short-range UAV complexes in Rybinsk.”

“What requirements do your customers have for medium- and short-range unmanned aerial vehicle complexes?”

“Specific performance and specifications are developed individually for each UAV complex. One could describe as key requirements the efficiency of accomplishing the desired objectives, reliability, and fuel efficiency of unmanned aerial vehicles.”

Under extremely harsh operating conditions, Chirok has a number of advantages enabling it to take off from and land on basic, unprepared airfields

“Which of the drone types is greatest demand by your customers?”

“There is currently a great demand for unmanned aerial complexes of all types. Tactical reconnaissance systems are likely to see the most wide-spread use; these are short-range tactical complexes (so-called battlefield complexes), because we have a fairly extensive range of tactical strike systems not adequately supported by target identification. And this is a task modern UAV complexes can solve effectively and efficiently. As medium- and long-range UAVs are developed, they will also take their niche among weapons systems.”

“Are there any weapons designed specifically for drones?”

“This aspect is also not without its issues. Modern aircraft weapons were created for piloted airplanes to corresponding weight and size specifications, and now drones are much smaller than aircraft. We have information that suggests that massive development of smaller weapons systems designed especially for small-size drones is underway overseas.

“There is not a single certified ammunition type for our drones at this time. Discussions are ongoing about using currently available ammunition in the larger drones. I believe this niche holds a large promise, and needs to be developed. We could be able to do something as we plan the development, but let me say once again that we first need to ensure provision of the needed target acquisition information to the strike capabilities we already have.”

“What do you think of the prospects for Chirok UAV?”

“What has been announced so far is not a full-fledged unmanned aerial vehicle, but rather a model that has completed a fairly significant development path: it has gone through wind tunnel testing, design calculations have been performed, and full-scale manufacture of test prototypes is now under way. Under extremely harsh operating conditions, it offers a number of advantages enabling it to take off from and land on basic, unprepared airfields and does not require them to have advanced communication and navigation equipment, unlike Searcher or other foreign comparable products. For example, to start using an Israel-made Searcher in a new location, it needs a runway of a certain quality standard, accurately geopositioned to a precision of several centimeters.”

“How have Western sanctions affected the purchasing of components and finished products made by overseas manufacturers?”

“As far as we know, the [Russian] Defense Ministry is currently not buying foreign-made unmanned aerial equipment, and this has nothing to do with the sanctions. Purchasing of certain components still continues and is most likely to continue going forward.

“The current reality is such that not a single country in the world has a completely isolated domestic production cycle for weapons systems, and this would make no sense to have such a cycle. We need intelligent cooperation. It also makes no sense to rely exclusively on imports. The import substitution program will help manufacturers to take a hard look at their weaknesses and reveal the available reserve capabilities. Yes, this is going to be hard, but we will solve this problem. The sanctions have forced us to work more efficiently, which is inevitably going to bring results to match.”