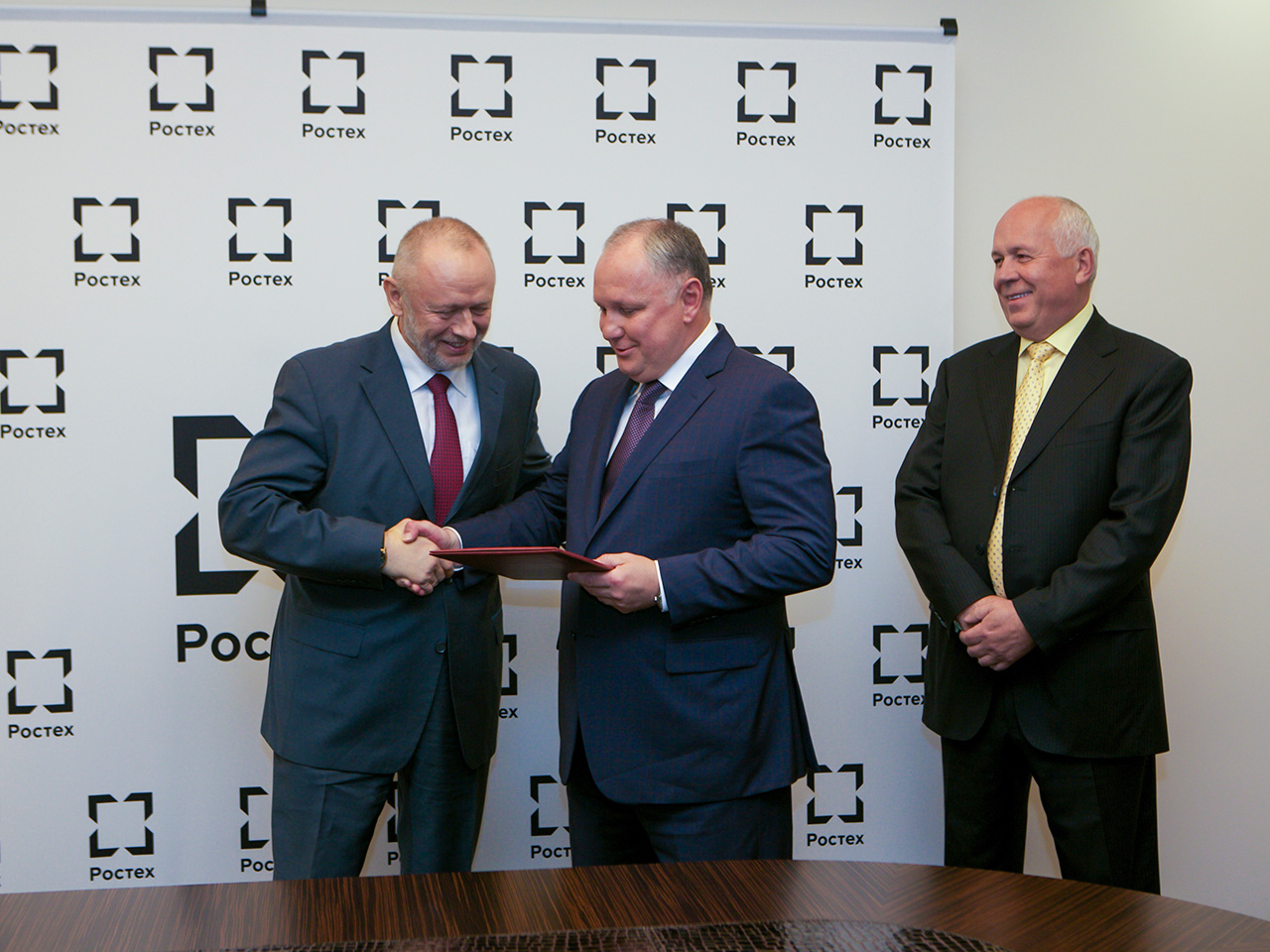 The Russian Helicopters Holding Company, which is part of the State Corporation Rostec, has received a foreign trade license enabling it to export some types of equipment intended for military purposes. The ceremony of granting a foreign trade license certificate to the holding company was held at the Rostec Moscow headquarters today.

Russian Helicopters earned the right to engage in foreign trade transactions in military equipment to export spare parts, OEM components and technical documentation for previously exported military helicopters and associated equipment, to provide a full spectrum of service and repairs (including maintenance service, repairs, performing upgrades, etc.), to enter into joint ventures with international customers, and to create, equip and retool overseas facilities to provide comprehensive service to helicopters, as well as to train international technicians. At the same time, the holding company has been granted the license to import products intended for military use which are needed to manufacture Russian Helicopters’ own products.

This decision was made by the Russian Federal Service for Military-Technical Cooperation (FSMTC) pursuant to instructions No. 232-rp by the Russian President issued on July 21, 2014.

“Granting this license is not only a stamp, a hallmark of quality, a sign of the highest confidence of the government in Russian Helicopters’ products,” FSMTC of Russia Director Alexander Fomin said, “but also a vote of forward-looking confidence, which the helicopter makers will have to live up to by ensuring the high standard of quality of their products and service.”

“This decision marks a landmark stage in development of the holding company. The foreign trade license will enable Russian Helicopters to strengthen its position on its traditional markets, as well as giving the holding company an opportunity to expand its global presence by entering new markets via its after-sale service system,” CEO of Rostec Corporation Sergey Chemezov said. “If we see that the [Russian Helicopters] Holding Company’s experience is as successful as we expect it to be, we are going to consider scaling up this system to other [Rostec] subsidiaries.”

“We assume that the new status of Russian Helicopters will help to increase the profit margins of the holding company significantly by expanding the service component of our business,” Alexander Mikheev said. “Dealing directly with operators of military helicopters and associated equipment will enable us to provide required service faster, expand the order portfolio, as well as making Russian Helicopters’ subsidiaries more competitive in increasingly globalized international markets.”

More than 5,500 Russian and Soviet-made military helicopters are currently in operation around the world outside Russia. More than 740 new military helicopters were supplied to international customers for the benefit of 39 countries in the years 2001 through 2014 alone, under export contracts with government-run intermediary Rosoboronexport. Russian Helicopters sees creating an effective system for after-sale service for these helicopters as one of its operating priorities.

Previously, Russian Helicopters’ subsidiaries could only engage in these operations only as joint contractors with Oboronprom. Exports of military helicopters and associated equipment have been traditionally handled by Russian Helicopters’ long-time partner Rosoboronexport, the government-run intermediary for exports and imports of the entire range of products intended for military purposes.

Up to 200 Russian Helicopters Involved in UN Missions