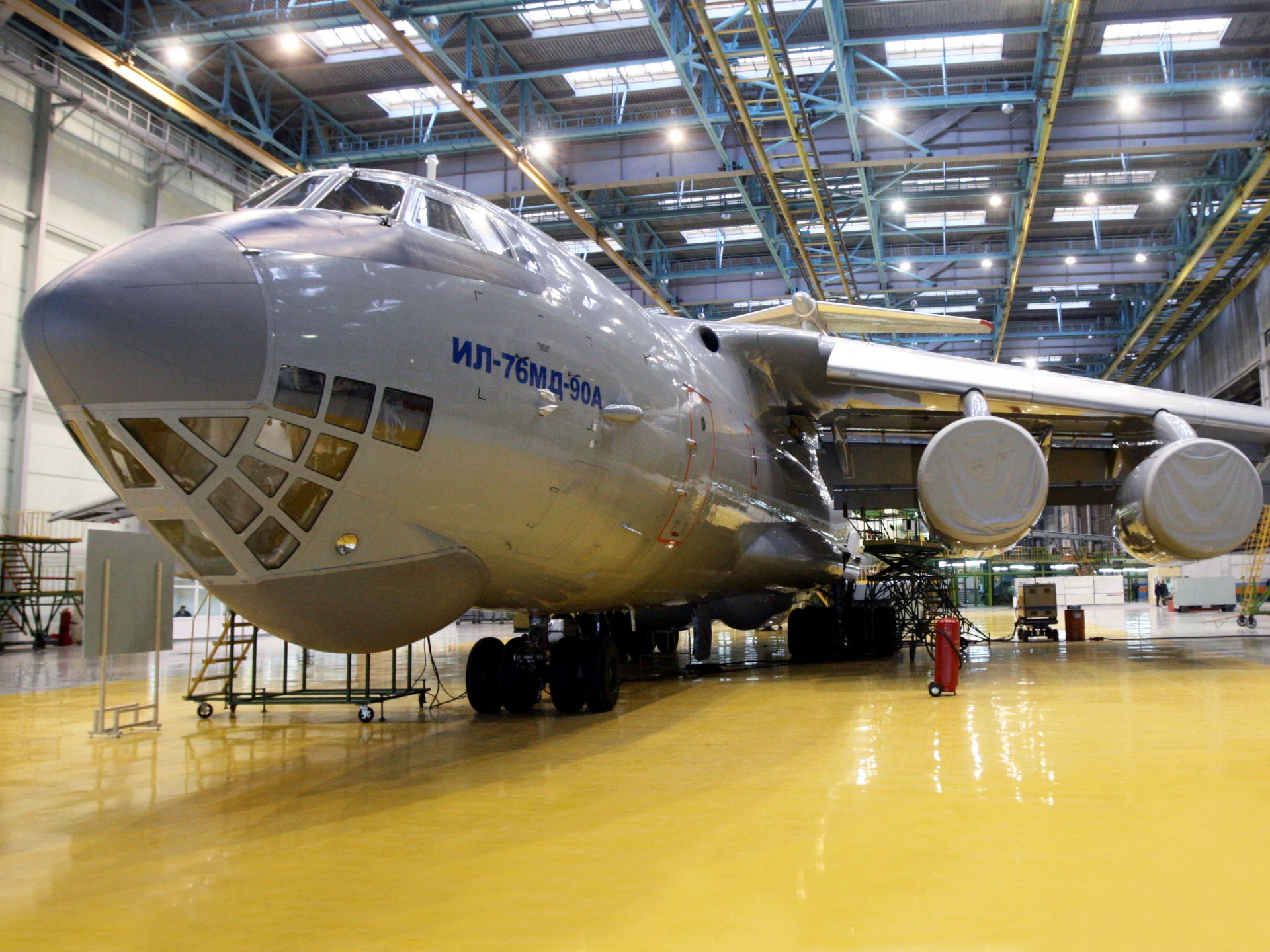 The new Ilyushin Il-76MD-90A military cargo plane just entering series production in Ulyanovsk has completed its maiden flight. It will become the platform for a future long-range radar detection and control prototype plane, A-100. Concern Vega, which is part of the United Instrument Corporation, has developed a state-of-the-art radar system for the new plane.

The aircraft was airborne for 4 hours 20 minutes, during which the crew performed as many tests as possible to verify the overall handling of the new cargo jet. The new aircraft was tested for in-flight controllability and stability, the performance of engines, onboard systems and equipment. The crew had no negative comments about the aircraft, which was captained by Distinguished Test Pilot of Russia Vladimir Irinarkhov during the maiden flight, the United Aircraft Corporation reports.

The cargo jet has been built at Aviastar-JV and will be transferred to the G.M. Beriev Aviation R&D and Production Complex in Taganrog for fitting out and conversion to prototype of A-100, a future long-range radar detection and control aircraft. This new-generation specialty aircraft will be a replacement for the A-50 currently in service, Rossiiskaya Gazeta reports.

The new A-100, equipped with powerful panoramic surveillance radars and state-of-the-art computers will be capable of scanning the airspace for hundreds of kilometers in every direction, identifying targets and sending complete targeting data to anti-aircraft and anti-missile defense systems enabling them to shoot down the targets.
New-generation aircraft with these capabilities can be used as airborne command posts making it easier to control air, ground and naval groups and task forces.

The new version of Ilyushin Il-76 is currently in production in several different variants in Ulyanovsk. The demand for Il-76s has never been stronger, according to Sergey Sergeev, the CEO of Ilyushin Designer Bureau. The Russian Defense Ministry has ordered 39 airframes in the largest order ever for the Russian aviation industry. Other ministries and agencies also have very strong interest in the aircraft: for example, the Russian Ministry for Emergencies and Disaster Response has signed a Memorandum of Understanding to acquire six Il-76 airframes. The Federal Security Service (FSB) and the Police Ministry have also confirmed their interest.

Design and organization of Russian series production of the new Ilyushin Il-76 MD-90A heavy military cargo jet started in 2007. It was developed to specifications of the Russian Industry and Trade Ministry and of the key customer – the Russian Ministry of Defense.

Sergey Artyukhov, Deputy CEO of OJSC IL for Program Management, has noted that the maiden flight of the new Il-76 MD-90A is one of the major landmark events in the company history. More than 10 airframes of the new jet constructed for different purposes are currently in the various stages of readiness in the company’s production and assembly facilities.

Il-76 MD-90A is a significant upgrade on the well-received Ilyushin Il-76 MD. The new aircraft’s payload has been increased to 60 metric tons, while fuel consumption has been reduced.

The improved performance and payload have been achieved by upgrading the wing, avionics, the undercarriage and other aircraft systems as well as by installing the more fuel-efficient and quieter fourth-generation PS-90A-76 engines to replace the older D-30KP-2 engines.

The new engines meet all the ICAO latest stringent requirements, enabling the Russian military cargo aircraft to fly over all European countries.

The new aircraft is equipped with the latest navigation complex, avionics, an automated control system, communications equipment and a glass cockpit which meet all the current and proposed international requirements for aircraft avionics.

With more than 1,000 Il-76s of different variants manufactured to date, this is the most mass-produced military cargo jet in the world.