Sanctions do not threaten Russian titanium 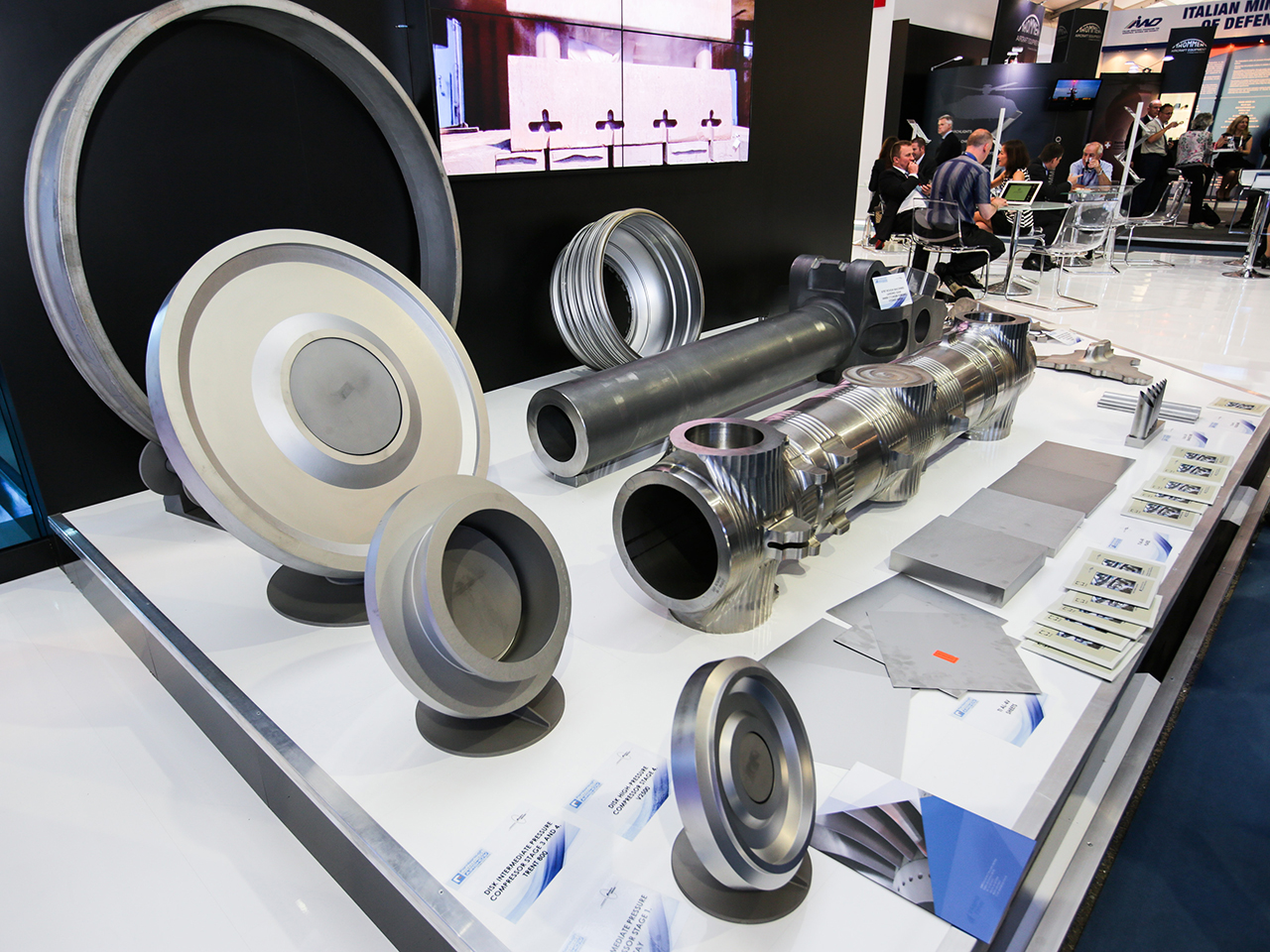 VSMPO-AVISMA is deeply integrated into the global aerospace industry and is a strategic supplier of titanium products for many companies. VSMPO-AVISMA is in the best possible position in regards to the possibility of sanctions turning against the Russian titanium producer. Oleg Panteleev, head of the analytical department for the agency AviaPort, discussed the partnership between Boeing and VSMPO-AVISMA and potential risks facing Western and Russian participants in the market.

In regards to the unfavorable scenario of introducing sanctions, the major risks for Western companies can be divided into three components. The first is the time that would be spent trying to find alternative suppliers to VSMPO-AVSIMA and then waiting for them to increase their production and master the production of a new range of products.

VSMPO-AVISMA provides about 40% of Boeing’s titanium needs, 60% for Airbus, and 100% for Embraer. There are titanium producers in the United States, Canada, China, and Europe that compete with the Russian giant, but they cannot confidently match VSMPO-AVISMA in terms of product value and quality, scale of production, and other technological advantages. For example, VSMPO-AVISMA has the world’s most powerful hydraulic press with a force of 75,000 tons. 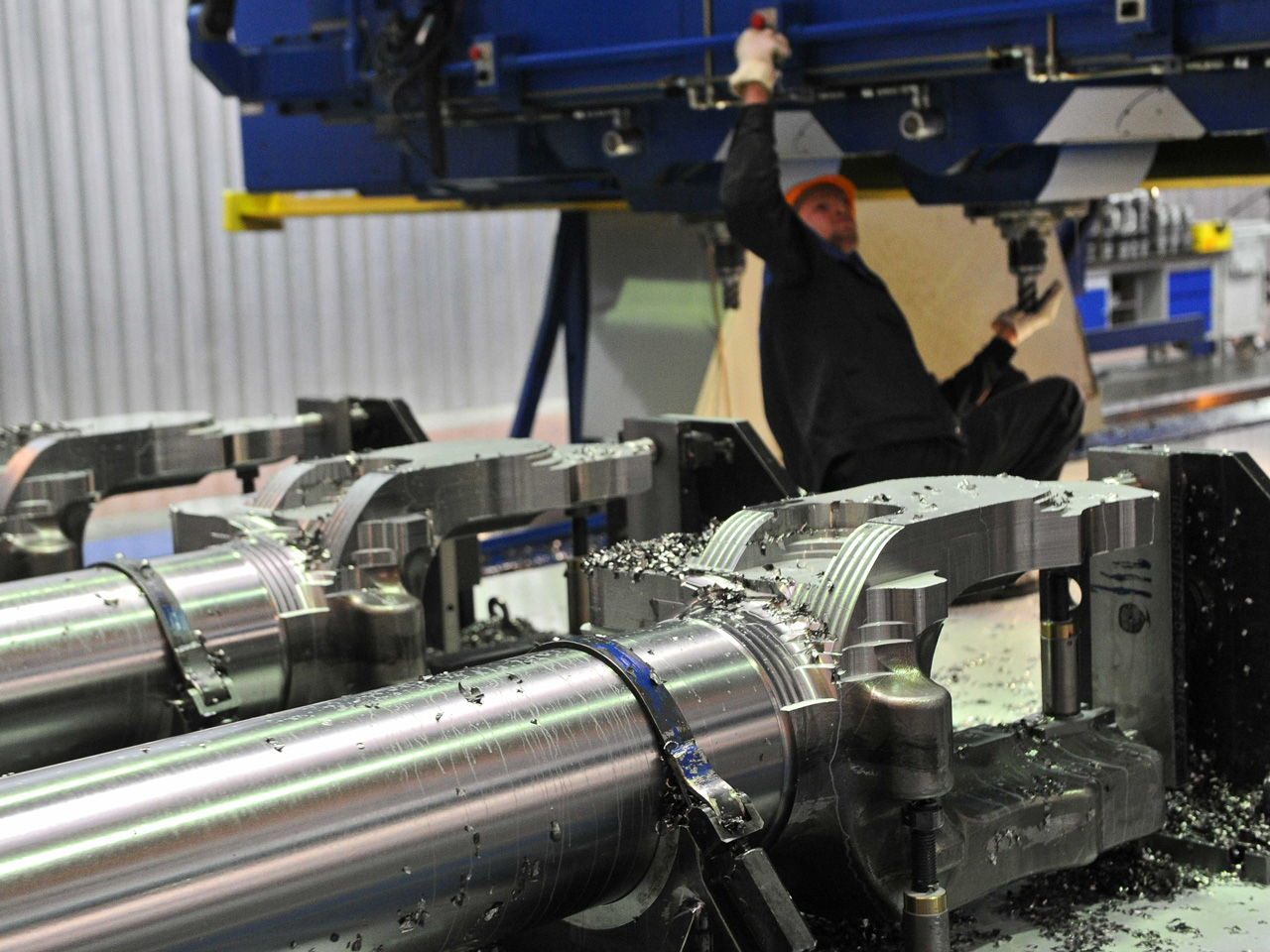 It is difficult to predict accurately the amount of time it would take to replace all supplies from Russia, as everything depends on the relationship between aircraft manufacturers and their contractors. The only solution to this threat is keeping a full warehouse, which drives up the expenses for the buyer.

The second issue related to sanctions is the risk of rising prices. Currently there is no other manufacturer that could oversee the entire chain of production from titanium sponge to the machining of forgings and stampings, including large-capacity items. Vertical integration allows for the most effective cost management.

Shifting to new suppliers will also change logistics. For example, Ural Boeing Manufacturing, a joint venture of Boeing and VSMPO-AVISMA, manufactures machined parts both for wings and the chassis. All production happens in the Verkhnyaya Salda, thereby reducing transportation costs.

Another risk for Western partners is the lack of critical equipment, such as a unique hydraulic press located only in Russia, to produce special products. No other manufacturer in the world is immune from mechanical failures, and delays in output due to planned maintenance are inevitable. But VSMPO-AVISMA has an agreement with Alcoa to use a similar press in Samara in such circumstances. This strategically important trump card minimizes any technological risks of ongoing cooperation with VSMPO-AVISMA.

If we remember that before the collapse of the Soviet Union VSMPO’s annual output of titanium products was more than 70,000 tons a year, it becomes even more obvious the potential of the enterprise to continue increasing its output. Unfortunately, though, the domestic engineering industry does not require as much titanium as it needed in the 1980s. Russia is not implementing the same number of large-scale projects. For example, it no longer produces titanium submarines. However, there is a potential to develop the internal market, export sales, and the new nomenclature. 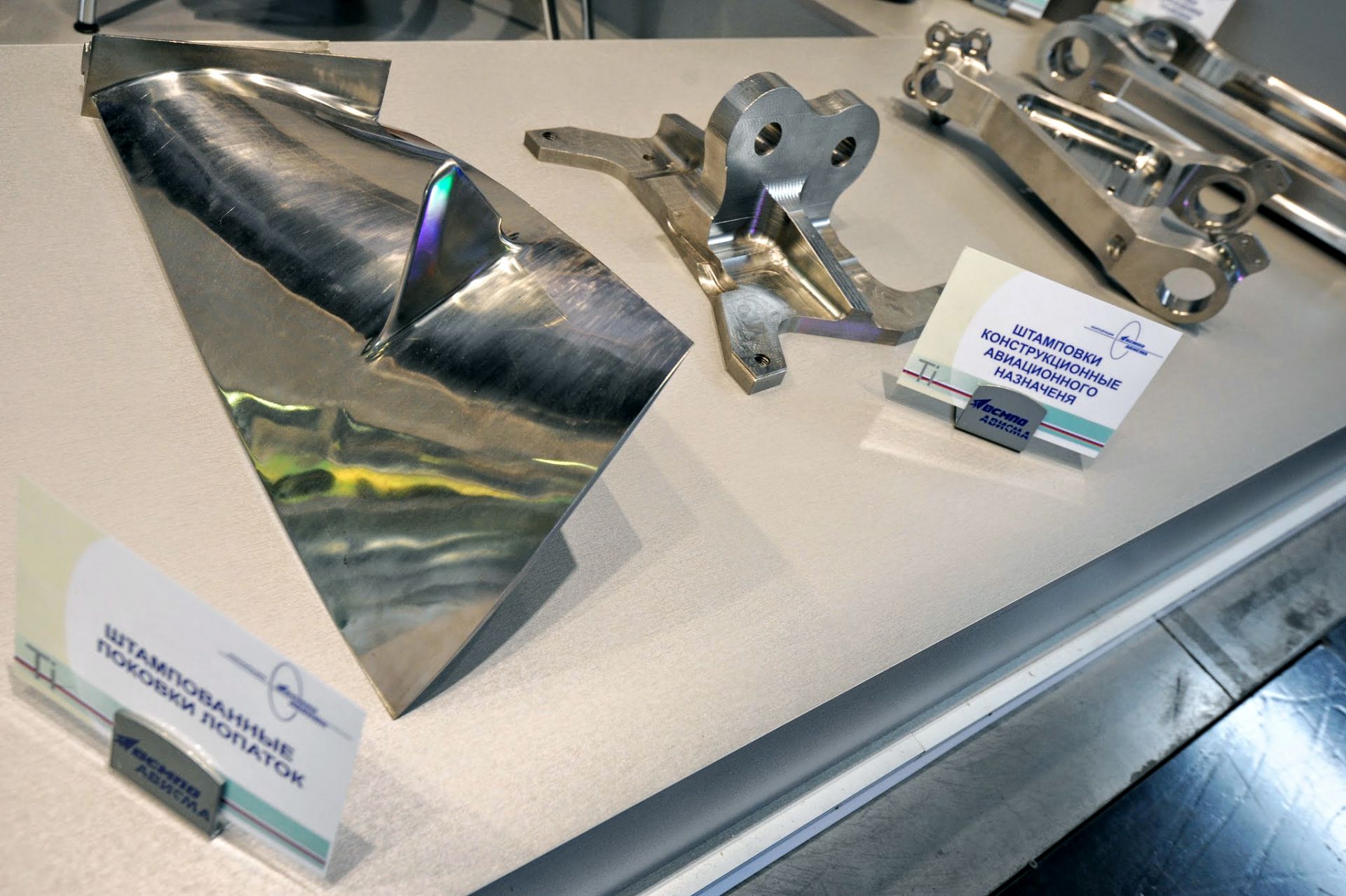 It should be noted that the search for new markets is in no way a reaction to the state of relationships with major existing partners, nor is it a response to the inadequacies of the West’s foreign policy. VSMPO-AVISMA takes part in all major aerospace salons and exhibitions in the fields of metallurgy and mechanical engineering every year.

But it is not necessary at the present moment to draw such a gloomy picture. First, all sanctions to date have been directed against enterprises in the national-military industrial complex that are associated with companies not included in the supply chain of western manufacturers of aerospace equipment. The example of cooperation in exporting Russian rocket engines to the United States is very significant. Moreover, whenever the West has vested interest in particular transitions, exceptions can suddenly materialize. 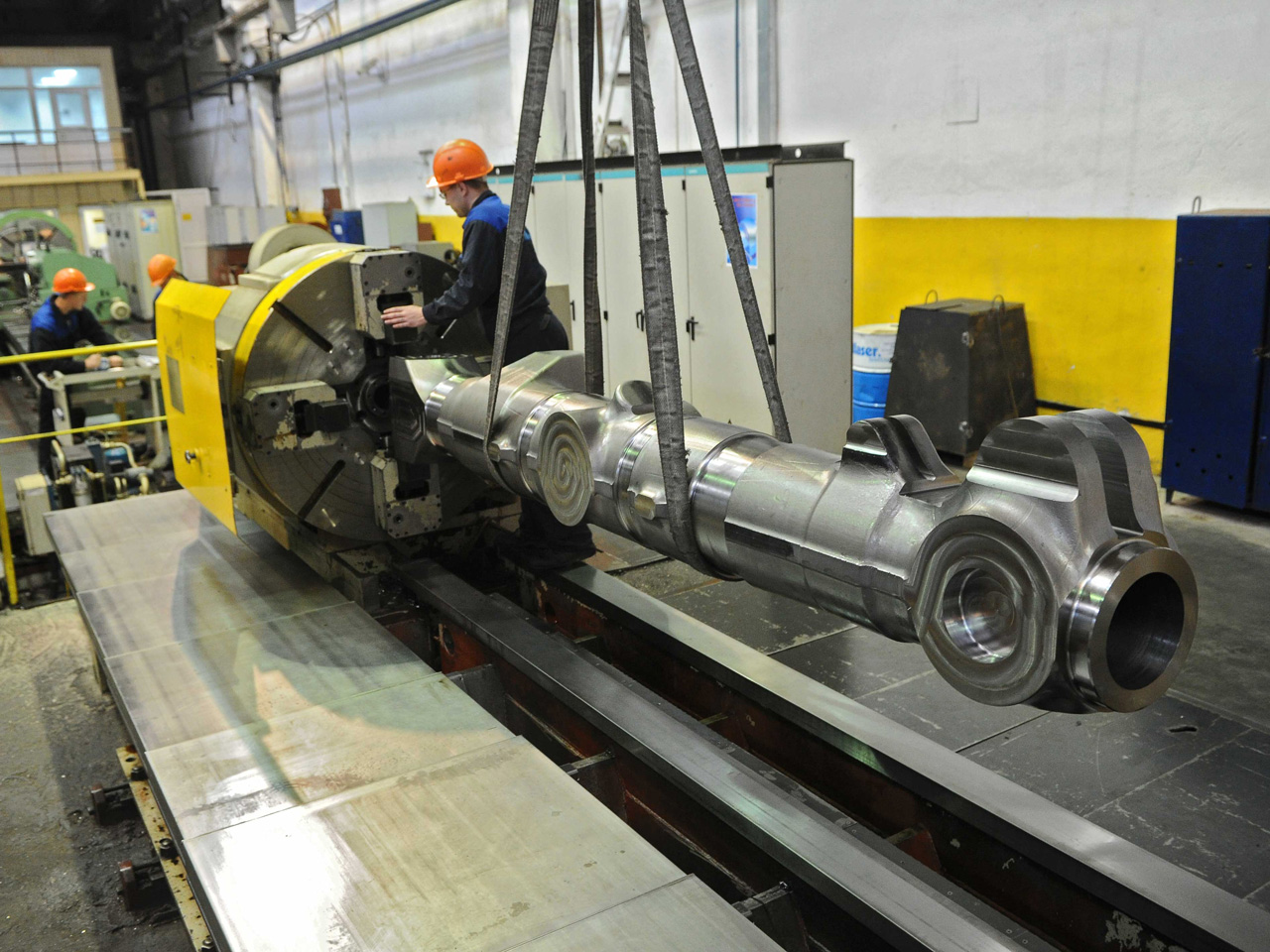 Examining the 20-year history of cooperation between VSMPO-AVISMA and Boeing is grounds enough for a confident view of the future. For example, this summer, at the height of the sanctions war, the two companies signed a new agreement to extend existing contractual obligations for another three years through 2022. The company also confirmed its readiness to continue working together by creating a second line of machining plants in Titanium Valley.

The relationship that has developed between Boeing and VSMPO-AVISMA has extended far beyond that of a buyer and seller. Boeing is spending billions of dollars in Russia not just on finished products, but also investing in the joint development of titanium alloys, which has led to the establishment of two machining enterprises in Russia. The American industry is naturally interested in ensuring that these large-scale investments are effective and turn a profit.

Therefore, I am sure that, even if the current international situation remains the same, American businesses will make every effort to ensure that sanctions are not introduced against VSMPO-AVISMA. The pragmatic Americans know how to count their money and value beneficial partnerships.

Head of the analytical department for the agency AviaPort 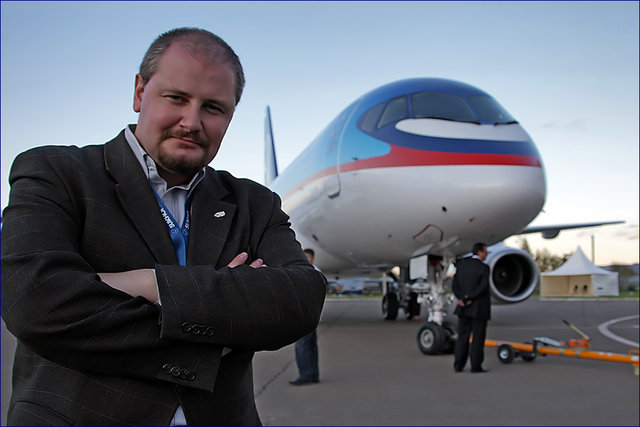 US Ambassador to Aid Development of Cooperation with VSMPO-AVISMA

Sanctions do not threaten Russian titanium

Signed contracts for VSMPO-AVISMA at Farnborough-2014