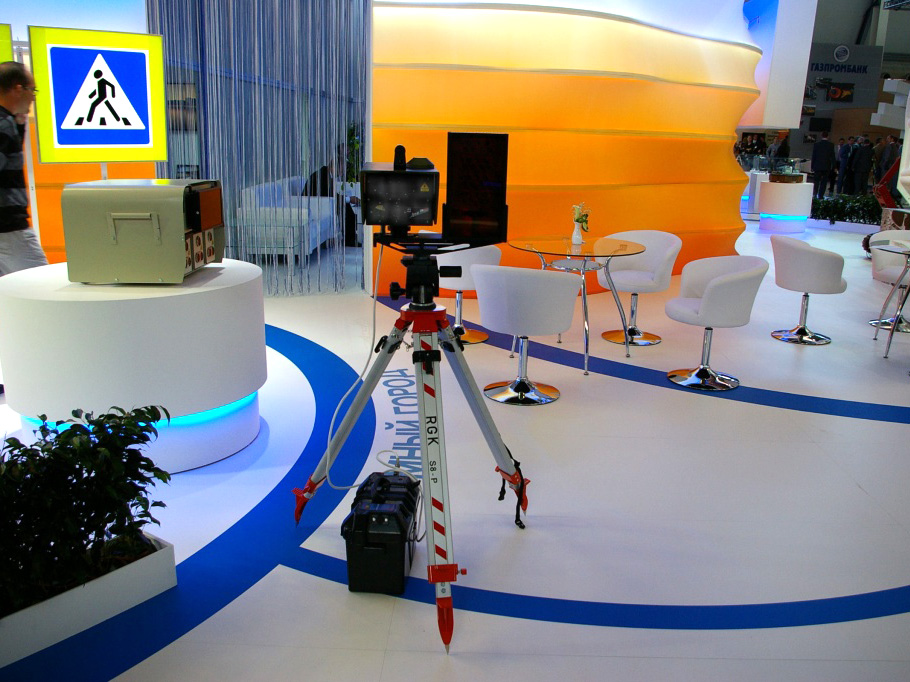 Shvabe Holding introduced their new design project of its engineers - laser speed measuring devices - at the Traffic Safety for Safety of Life Exhibition in St. Petersburg.

The new series of Luch devices, namely, laser speed measuring devices for vehicles developed by Shvabe, stand out from the currently available SHF systems for measuring the speed of vehicles moving in traffic.

The devices allow for measuring the speed selectively, marking in the screen shot the location on the body of the car, from which the beam of the device reflected. In addition to data on the speed, the photo is also accompanied by data on recording time, distance to object, and the geographical identification coordinates.

The laser speed measuring device is available in two models - mobile Luch-M, which is capable of transmitting information at a distance of up to one kilometer, and stationary Luch-S that has the ability to monitor three lanes of traffic simultaneously. Speed measurement error margin can reach 0.7 km/h.

Russian and foreign enterprises alike have already shown their interest in the laser measuring device.

Shvabe Holding brings together the main enterprises of the optical and electronic industry, develops and produces high-tech optical and electronic systems, special-purpose systems and civil systems, optical materials, medical equipment, energy-saving lighting technology and other types of products. It is a member of Rostec State Corporation.

Shvabe to exhibit developments in astronomy