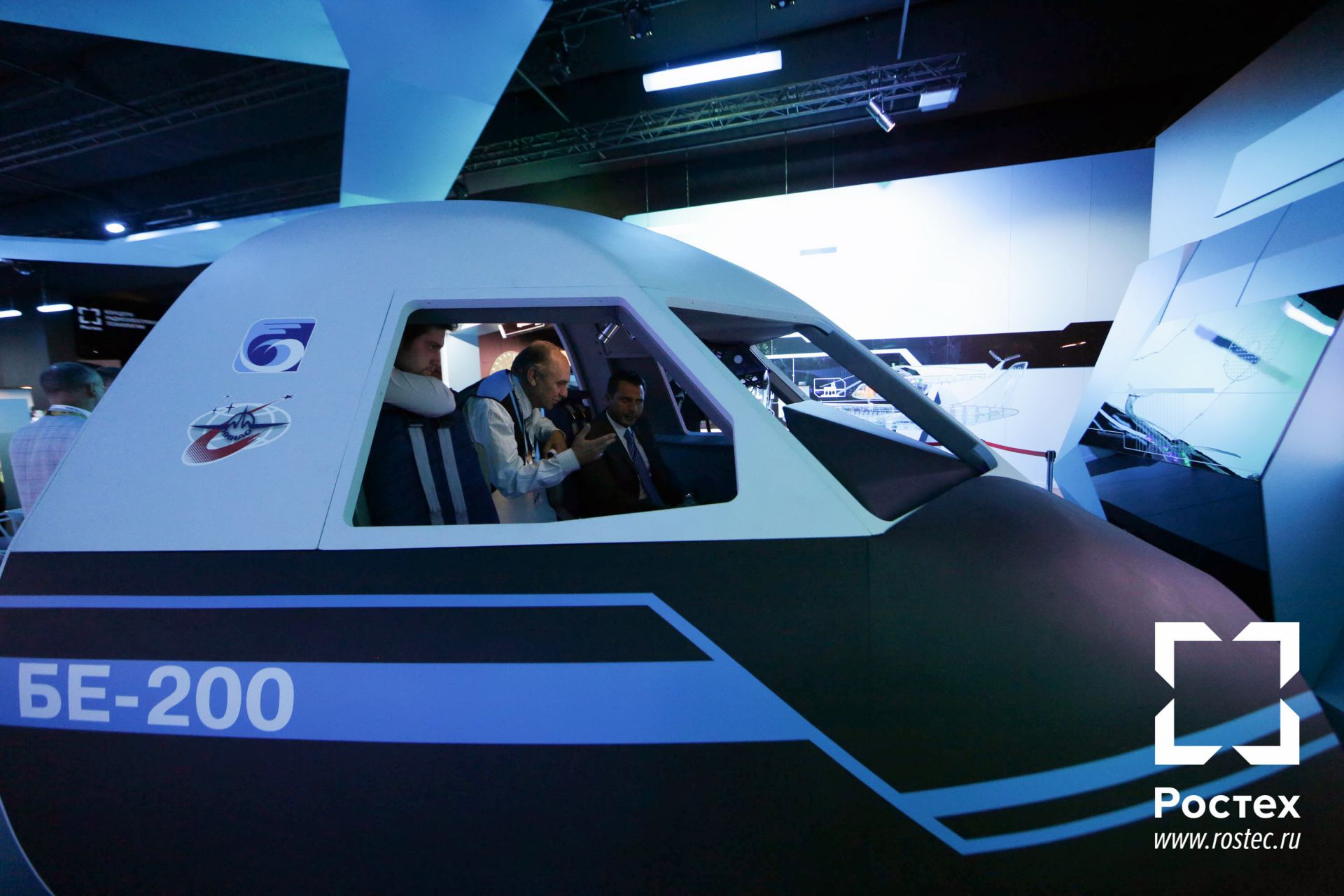 During the 10th International Exhibition and Scientific Conference on Hydroaviation, Gidroaviasalon-2014, KRET will present both modern and future avionics systems, including the model of a cockpit for the Be-200 multipurpose amphibious aircraft as well as avionics for unmanned aerial vehicles.

KRET is taking part in a combined exhibit at Gidroaviasalon-2014 along with 12 other companies.

The model of a cockpit for the Be-200 multipurpose amphibious aircraft, developed by the Aircraft Equipment research institute, will have an important place in KRET’s exhibit. KRET is responsible for producing this aircraft’s avionics systems. The basic model of the Be-200 amphibious aircraft is intend to fight forest fires with water or fire-extinguishing liquid from the air, but its design can be modified for passenger and cargo transportation, as well as medical and search and rescue operations. The aircraft can take off from both land and water and in several aspects has no equivalents in the world.

KRET is also presenting another innovation, the BVS2A avionics system, which is part of the avionics systems used for drones that can be used to execute commands during both automatic and manual flights.

For the first time at Gidroaviasalon, KRET is presenting an onboard system for collecting, monitoring, and recording BSKR-IMA data developed in accordance with international standards. It will be installed on future civilian aircraft, including the MS-21 and Superjet 100. BSKR-IMA is designed to collect, process, and record digital parametric data, audio information from internal and external conversations of the crew, and sounds in the cockpit, as well as video data coming from the video sources. The system stores the information in case of an accident, including over water. The apparatus may differ depending on the system configuration at the site.

During the joint exhibit, KRET will also present the EKRAN-30-28E onboard monitoring and recording system for KA-28 helicopters. The system automatically monitors the status of onboard equipment while on the ground and during flight, records parametric and audio information, and saves this information in case of an accident over water or land. If an accident occurs over water, the buoyant system separates from the aircraft and emits radio signals to ensure its recovery.

KRET will be presenting other modern examples of these so called black boxes too. For example, visitors to the expo will be able to see the future MSR-1 system, a small registration system to be installed in civilian aircraft to collect, convert, and record audio and parametric information, save it in case of a flight accident, and emit search signals if it falls into the water. The MSR-1, which is certified for civilian aircraft and helicopters, can be adapted to any aircraft and is very similar to its foreign counterparts.

KRET is also presenting the future SZBN-IMA onboard secure storage system, which is designed to receive and in case of an accident record parametric, audio, and visual data and store this information in a separate device with increased buoyancy. Its detachable storage unit is equipped with an automatic location-tracking beacon.