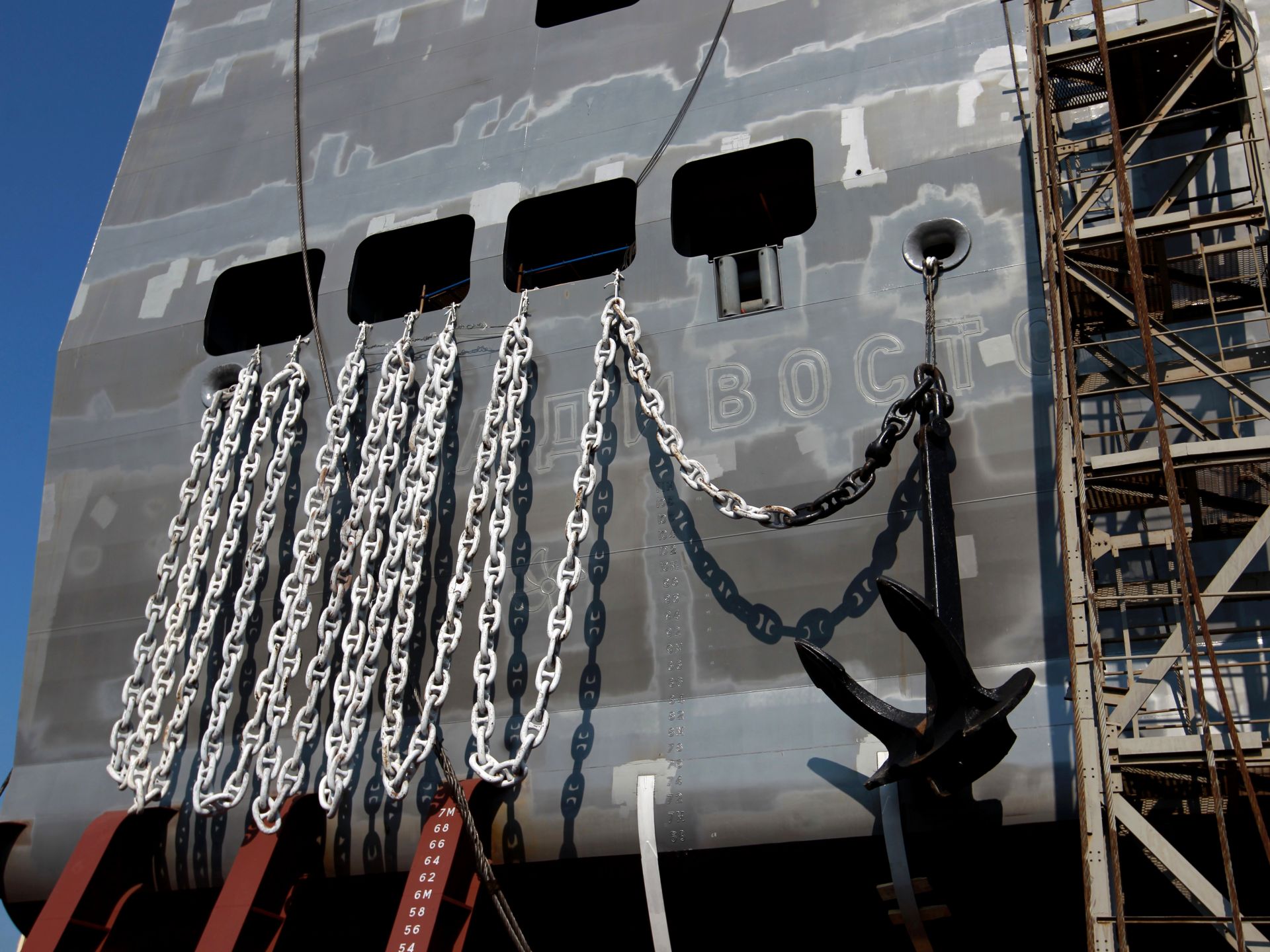 The Mistral-type helicopter landing craft and dockship Vladivostok will be equipped with Russian weapons systems in the North Shipyard, located in St. Petersburg.

Igor Sevastyanov, head of the Rosoboronexport delegation to the exhibition Engineering Technologies, revealed this information, according to Interfax.

“The construction of the ship Vladivostok is nearing completion. The crew is stationed at Saint-Nazaire, where they have begun their training. All the work is on schedule. The ship will be retrofitted with Russian-made weapons at St. Petersburg’s North Shipyard,” said Igor Sevastyanov.

The landing craft Vladivostok will be retrofitted with Russian-made weapons at St. Petersburg’s North Shipyard

The crews of the landing craft Vladivostok and Sevastopol are in Saint-Nazaire in France on the training ship Smolny. Vladivostok has already made several trips to the sea. It is expected that the company STX France will transfer the ship to the Russian Navy in the fall of this year, after which the ship will be sent to St. Petersburg.

Rosoboronexport and the French company DCNS signed a contract in June 2011 for the construction of two Mistral-type helicopter landing crafts and dockships. United Shipbuilding Corporation has been involved in the deal as a subcontractor of the French shipyard company STX France in Saint-Nazaire. Vladivostok was launched into the water on October 15, 2013.

The construction of the ship was carried out in stages. The aft was built by the Baltic Shipbuilding Factory and was then sent to Saint-Nazaire, where it was connected with the bow, which was built in the STX France shipyards.