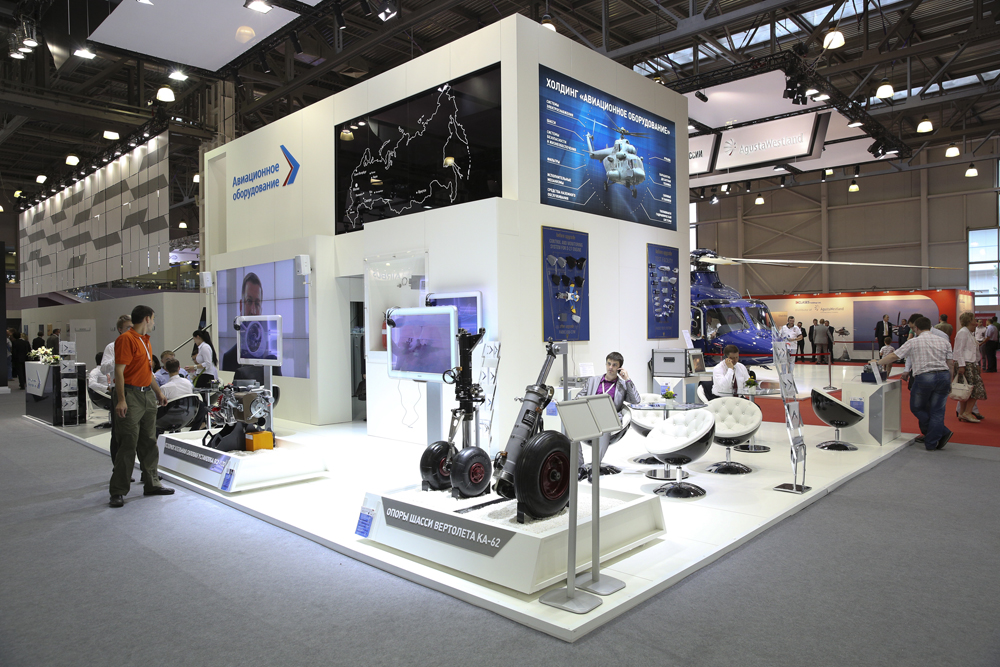 The holding Aviation Equipment has opened a specialized design center in Moscow. The establishment of the center will allow centrally managing the regional design bureaus, located at the sites of the major holding companies, in the remote access mode. For the first time in Russia, a unified system of concurrent engineering will be applied, thus the development period of new products will be reduced by a 30%.

According to CEO of Rostec, Sergei Chemezov, creation of a design centre based on the Moscow and regional design bureaus is an important project that coincides completely with the Rostec strategy on the development of the holding companies. “The enhanced capacity to develop aircraft systems will allow Aviation Equipment to enter the international market and offer competitive products meeting the requirements of manufacturers of aircraft,” added head of the Rostec.

The establishment of engineering center will allow finding a solution for two main challenges for the holding: to create a world-class aircraft systems integrator and to improve the productivity of designers.  The Aviation Equipment has already a large number of its own design works and the appropriate joint production facilities.

According to CEO of Aviation Equipment, Maxim Kuzyuk, the launching of a joint information platform, bringing together the developments under the unified management of Moscow center, will allow the move from the old outdated system of serial development of individual aggregates by some separated design bureaus to the model of concurrent engineering when the project is realized by multi-disciplinary teams of specialists at the same time. “This new approach will allow improving the quality of the product design, reducing in a half its costs and reducing one time and a half the phase of product launching,” said Maxim Kuzyuk.

The design center is created to ensure the modern world standards. All the steps for the creation of products can be tracked in the real time in a single database. The center is equipped with advanced digital systems that store all the required engineering data: technical assignments, engineering calculations, 3D-design, technological documentation, changes in the project and executive documentation.

The design center headquarters is located in Moscow; it plans to open its branch in St. Petersburg and later in Ufa and Samara, on the base of design bureaus of holding enterprises. At the initial stage about 400 design engineers will work in the center of competence.

In parallel with the opening of the design center, a presentation of the results in creation of the first Russian electric transmission wheel drive chassis for short-haul and medium-haul aircraft was organized. Chassis was developed in cooperation with the leading enterprises of the Russian aircraft-building industry: the Aviation Equipment holding, UAC, TsAGI, etc. This device represents a system of taxiing, which allows aircraft to tax, including with the tail forward between terminals before takeoff and after landing, only by electricity, without using the main turbines or towing vehicles.

In 2013, Aviaagregat, a part of the holding Aviation Equipment, completed the electronic layout of electric drive and preliminary calculations and arrangement. As a demonstrator of the aircraft the short-haul passenger aircraft Sukhoi Superjet 100 had been selected.

It is planned that in the future an innovative electric drive will be created for other aircraft, including the newest national passenger aircraft MS-21.

The holding Aviation Equipment specializes in the design, manufacture and after sales service of units and systems of aircraft. In addition, the holding company produces details and units for such industries as oil and gas, automotive, transport, energy.  Aviation Equipment includes 35 enterprises located across the country: in Moscow, Moscow Region, Ulyanovsk, Samara, Ufa, Omsk, Arkhangelsk Region and other regions of Russia. It is included in the State Corporation Rostec.

Aviation Equipment and Microturbo have signed an agreement on APU development