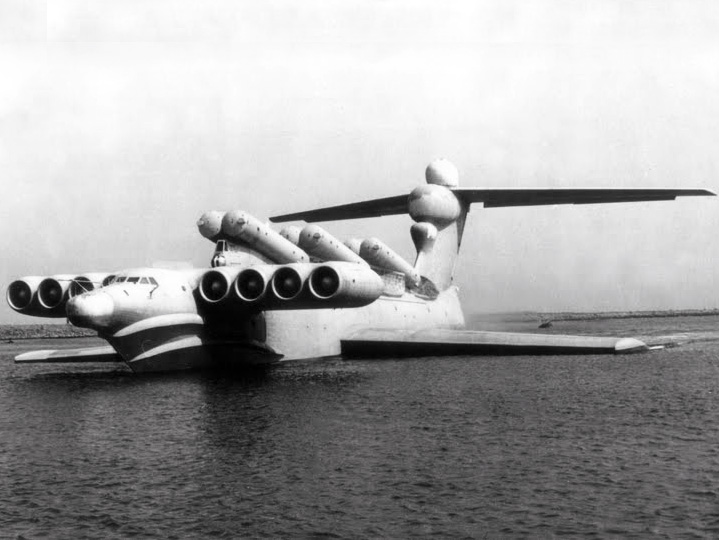 In 1986 the first ship in a series of combat missile-carrying ground effect vehicles weighing 400 tons entered the water. It was called the Lun. The unique hybrid vehicle with engines designed by aircraft designer Nikolai Kuznetsov combined the qualities of a ship and plane. The project showed promise, but in the 1990s it was mothballed. 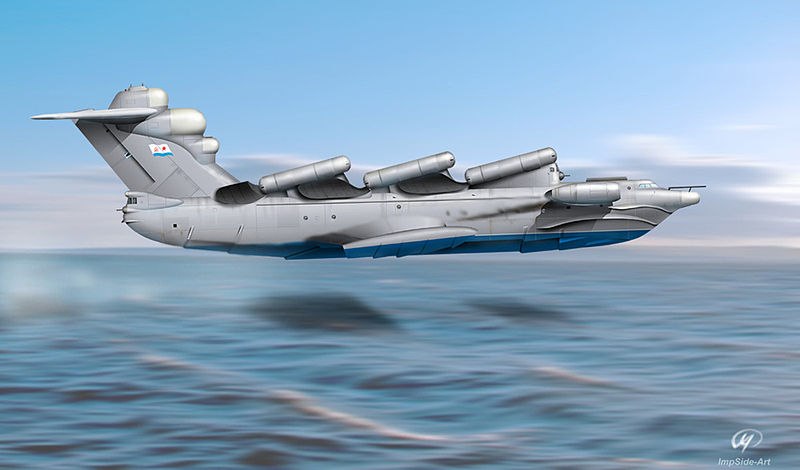 An ekranoplan is able to move near the surface of water or land due to the so-called ground effect. The oncoming airflow under the wing creates extra lift, an air cushion. It can reach speeds of up to 500 km/h and has some obvious advantages. Moreover, there are various types of ground effect vehicles that are able to ascend above ground level for extended periods of time and function as airplanes. These are ground-effect aircraft.

Rostislav Alekseyev, an engineer based in Nizhny Novgorod, developed the first prototype of a combat ground effect vehicle. The prototype ship with a wingspan of 38 meters and a length of 92 meters was dubbed the "Caspian Sea Monster" in the West. The leviathan was lifted into the air by a dozen engines that were designed for strategic bomber aircraft.

The advantages of the ground effect vehicles over other types of military transport were their cost, cargo capacity and speed. The leadership of the USSR and the Ministry of Defense valued them. One of the main features of the amphibious vehicle is its invisibility to enemy radar. The prototype flew at an altitude of 4 to 14 meters (too low for radars) above the sea surface and did not touch the water during flight (and thus not detectable by sonar either). The prototype was able to carry a cargo equal to its own weight (240 tons) while expending five times less fuel than transport aircraft with similar cargo capacities.

In 1972 Alekseyev developed his own ideas and created an amphibious version of the ground effect vehicle called the "Orlyonok", aka the A-90. The ship was able to cross from one end of the Caspian Sea to the other in one hour with up to 200 fully armed marines as well as two floating tanks (APC, IFV) and their crews on board. At the same time the vehicle already had the characteristics of a ground-effect aircraft: not only could it travel a few meters about the water's surface, but it also could ascend to a height of 300 meters. Orlyonok-type ground effect vehicles entered the service of the Navy of the USSR in 1979. A total of five A-90 vehicles were built. The last of them was decommissioned in 2007.

The evolution of Alekseyev's engineering thinking eventually led to the creation of a Lun Ekranoplan that could carry missiles. The first and, unfortunately, only example of this ship was floated out on July 16, 1986.

The length of this vehicle was shortened to 73 meters, and the wingspan in turn was increased to 44 meters. The Lun was able to reach a speed of 500 km per hour, and it had a cruising range of up to 2,000 km. Maximum takeoff weight was 380 tons. Eight NK-87 gas turbine engines helped it achieve flight. The ground effect vehicle was armed with six Soviet "Mosquito" anti-ship missiles. At the time this was one of the most modern missiles. Mosquitoes were able to travel at supersonic speeds (2,500 km per hour) at a distance that made them difficult to detect and intercept by anti-missile installations (five to seven meters above the sea surface).

In 1984 the leadership of the Ministry of Defense removed ground effect vehicles from the list of the agency's priorities. Among the reasons provided were the unusual nature of the project, the need to use new materials, etc.

CURRENT STATE OF THE INDUSTRY 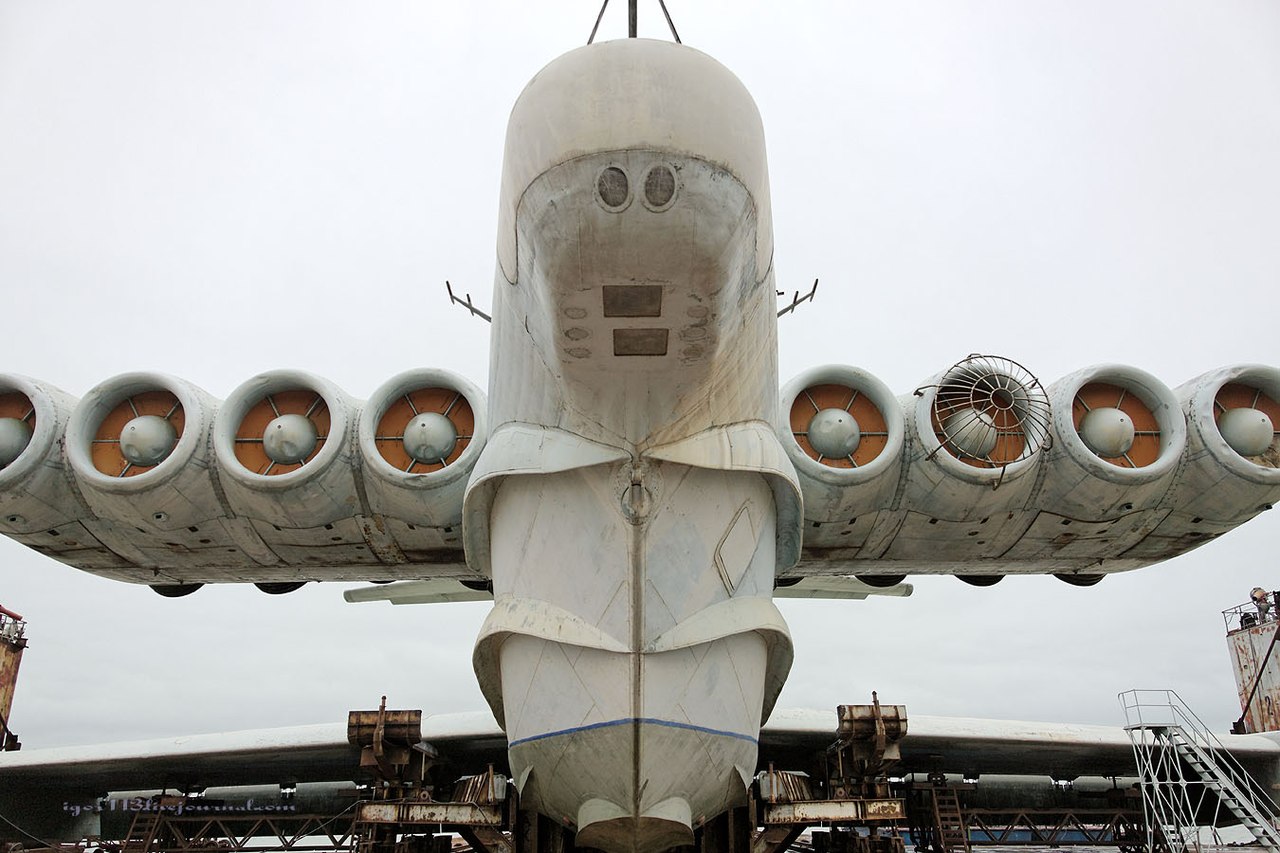