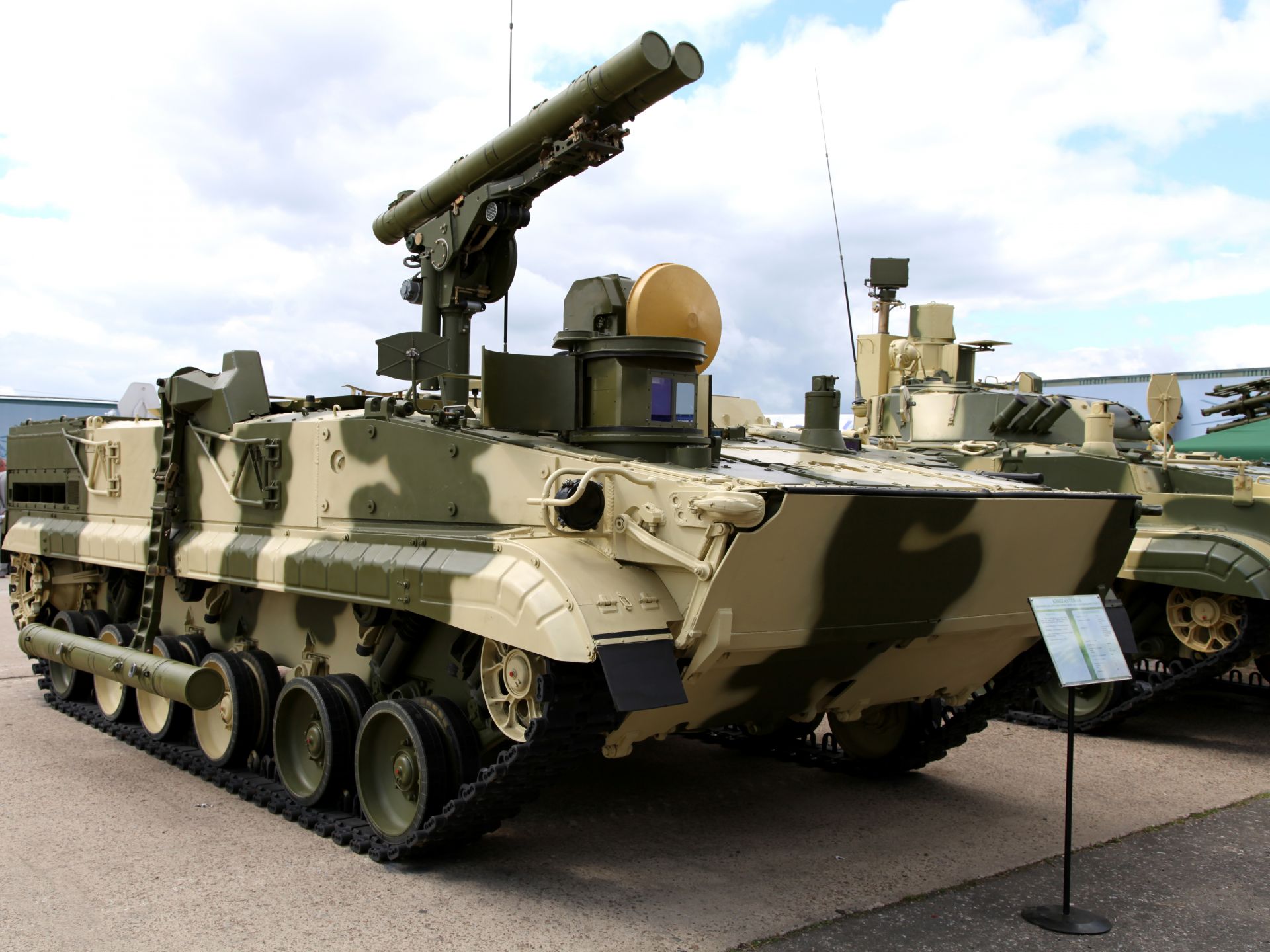 “Chrysanthemum-S”, the world’s only anti-tank missile system, which can hit targets in poor visibility in smoke, fog, and snow, will participate in the Victory Day parade on the Red Square.

“Chrysanthemum-S” is not just a modern Russian anti-tank missile system, but also one of the world’s most powerful. Its radar and optical-laser channels allow it to detect, identify, and destroy targets in poor weather conditions. The simultaneous operation of the two channels lets the system identify targets and automatically launch rockets.

This technology was first introduced to the Russian army in 2005. Originally, “Chrysanthemum-S” was conceived as an anti-missile system, but it evolved into its current multipurpose form. The system can target lightly armoured vehicles, engineering structures, low-speed and low-flying airborne targets, boats, and lightships.

The system utilizes two kinds of supersonic missiles, one of which has a tandem warhead with cumulative effects, considered the most powerful of all existing anti-tank missiles, capable of piercing the armour of any tank.

The equipment was tested in Kolomna outside Moscow on the test-site of the Machine-Building Design Bureau by firing the system at various targets: tanks, helicopters, concrete forts, and enemy troops.

Currently the “Chrysanthemum-S” is being prepared for participation in the 69th Victory Day parade. The training is taking place at the grounds of the Taman Guards Division in Alabino, Moscow region, which has a scale model of the Red Square, complete with bleachers and markings. The ‘dress rehearsal’ of the Victory Day parade will take place on April 28, after which the equipment and personnel will travel to Moscow, where two more daytime and one night-time rehearsals will take place.

Besides the Chrysanthemum-S, the famous OTRK Iskander-M will also represent KBM on Red Square. This year, a mechanized column of 14 Typhoon-K (KAMAZ-63968) cars will for the first time also cross the country’s main square.

The holding company Vysokotochnye Kompleksy was created to unite the scientific and technical potential of a group of specialized companies. The holding company focuses on creating new military and special equipment in the field of high precision and combat zone tactical weapons systems.

KBM is ready to export its newest products

Tula Instrument Design Bureau will present its designs in India