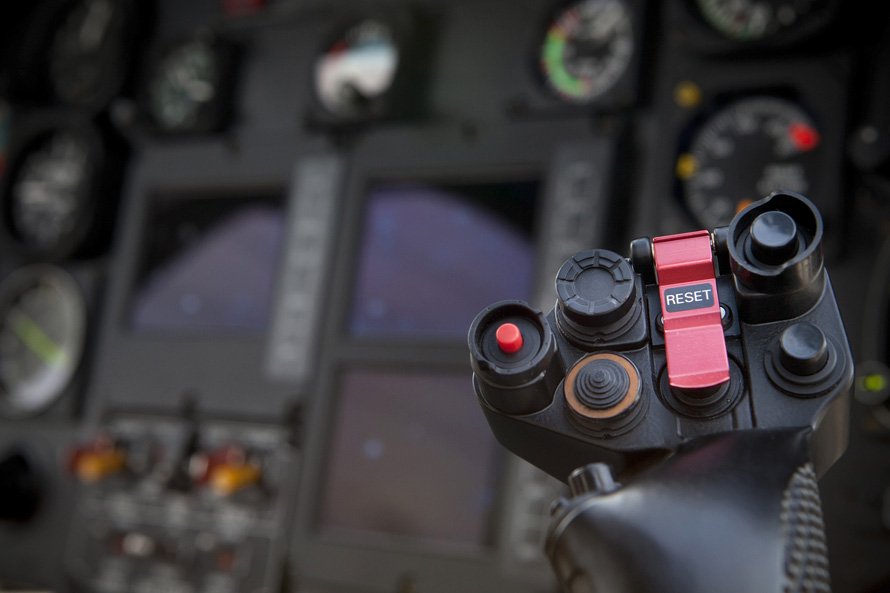 The concern Radio-Electronic Technologies (KRET) will present their best developments in the field of helicopter avionics at HeliRussia-2014, an international exhibition for the helicopter industry. The event is to take place May 22-24 at the Crocus Expo exhibition center in Moscow. The most important development KRET will present at the exhibition will be an avionics system for a new high-speed helicopter.

20 enterprises of KRET will participate in HeliRussia-2014, presenting their latest developments in helicopter avionics.

The main showpiece will be an avionics system for a new high-speed helicopter (KBO PSV) that is currently being developed in Russia. It is based on the principles of integrated modular avionics and features an open, adaptive architecture of the onboard computer system. Specialists worked on its design at the Ulyanovsk Engineering Design Bureau, which is part of KRET.

The onboard equipment is based on the principles of a glass cockpit, with dashboard indicators appearing on a high-resolution widescreen. This modern system informs pilots about the helicopter’s surroundings and issues critical flight warnings.

GPS and GLONASS systems help to determine the helicopter’s coordinates and support automatic and manual correction. The new system also provides visual surveillance of either the helicopter’s cargo compartment or passenger cabin.

The Ryazan State Instrument Plant (GRPZ), another enterprise of KRET, will present a modern system of intelligent video processing for optoelectronic observation and a sighting system for the Ka-52 strike helicopter. One of the main exhibits of the factory will be an indicator and targeting helmet. Lightweight, weighing than 2 kg, the helmet will be the most advanced and without equal in Russia.

The corporation Fazotron-NIIP will present the Crossbow (FH-01) multifunctional radar system for the Ka-52 military helicopter. The Saratov Design Bureau of Industrial Automation (KBPA), which specializes in the design and manufacture of helicopter control systems, will present a remote control navigation computer, which solves navigational issues and provides control of the helicopter in both automatic and manual modes.

A laser system for optical-electronic suppression, part of the President-S electronic warfare system created by experts at the Ekran Samara Research Institute, will have a distinct place at the exhibition. The laser system will provide individual protection against guided missiles with infrared homing devices from the Mi-28NE (Night Hunter) helicopter.

The concern Radio-Electronic Technologies (KRET) is the Russia’s largest center for defense and civilian instrumentation industries. Founded in 2009, KRET is part of the state corporation Rostec. It develops technology in the industries of electronic warfare (EW), avionics (electronic systems for aircraft), state identification systems, multipurpose instrumentation, electrical connectors and cable systems, various household appliances, and medical instruments. KRET, which includes 97 enterprises located in 28 constituent territories of the Russian Federation, employs more than 60,000 people. Its products can be found in more than 60 countries.