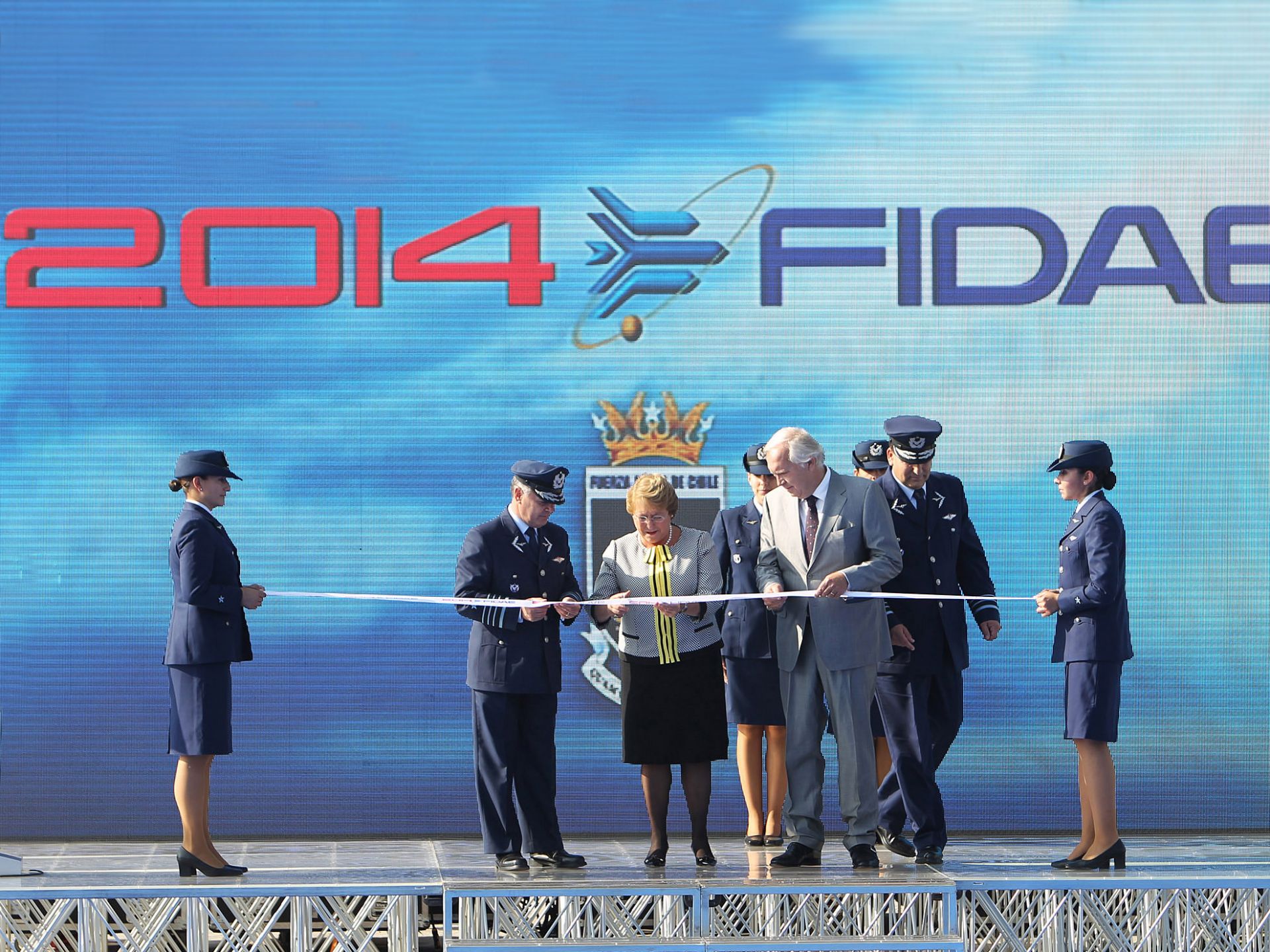 The international military and aerospace exhibition FIDAE-2014 has opened in Santiago. Enterprises of Rostec are presenting new models of military and civilian equipment at the exhibition.

This year about 360 companies from 35 countries will participate in FIDAE,the largest exhibition of military and aerospace equipment in Latin America. The joint Russian exposition will present products of ten Rostec companies including Russian Helicopters, SPA Bazalt and Hi-accuracy Complexes.

In addition, products from the United Aircraft Corporation, the Nizhny Novgorod Research Institute of Radio Engineering, and the Systemprom concern will also be presented as part of FIDAE. Rosoboronexport, which is part of Rostec and the only state exporter of the entire spectrum of Russia’s military products, will also take part in the exhibition.

Today, the cooperation between Rostec and partners from the Latin American countries has reached a new level.

"We are ready to establish joint ventures in the region to carry out technological exchanges, generating true technological alliances,” Goreslavskii said.

FSMTC Director Alexander Fomin also emphasized that cooperation with Latin America in the military-technical sphere is developing successfully. “Our supplies to the region are growing, and new contracts are being signed. We have a long history of relationships with a number of countries, and we look forward to cooperating with the new partners and are ready to enter new markets. In particular, we are talking about Argentina, Ecuador, and, of course, Chile,” Alexander Fomin said.

We look forward to cooperating with the new partners. In particular, we are talking about Argentina, Ecuador, and, of course, Chile

At this year's FIDAE, Russian Helicopters is presenting models of the civil and military helicopters, including the multipurpose Mi-171A1 and Ka-32A11BC models. In recent years, the Mi-171A1 helicopter, based on the Mi-171 model, is successfully operated in South America.

The multipurpose Ka-32A11BC helicopter can be used in fighting natural and man-made fires and also effectively carries out duties in dense urban areas.

The holding company is also preparing to demonstrate the new Mi-171A2 and Ka-62 helicopters. The Ka-62 one was developed with a broad international cooperation, and its first customers were companies from South America, namely Verticalde Aviacion (Colombia) and Atlas Táxi Aéreo (Brazil). In addition, visitors will be able to learn more about the combat Mi-35M and military transport Mi-17V-5 helicopters.

The Instrument Design Bureau, part of the High-accuracy Complexes holding, will present for the first time at the Chilean exhibition the Kornet-EM anti-missile system, the MGK BUR compact grenade launcher, and the AGS-30 30 mm automatic grenade launcher. In addition, the Instrument Design Bureau will present its Pantsir-C1 anti-aircraft gun-missile system.

The section on the Russian aircraft manufacturers will feature presentations of the Yak-130 training aircraft, the multipurpose air-superiority Su-35 fighter, the MiG-29SMT frontline fighter, and the Il-76MD military transport aircraft.

The Russian military aircraft are traditionally in heavy demand in Latin America. In particular, since September 2012 the leadership of the Chilean Air Force has been considering the announcement of a tender for the supply of 16 combat training aircraft of a type similar to the Yak-130. This is the world’s best training aircraft for the fourth and fifth generation fighters and can mimic features of almost all types of the modern military aircraft.

Currently a formal response is expected from the customer in response to the Russian proposal. Accordingly, upon the request of the Chileans, the necessary paperwork was drawn up for listing Rosoboronexport in a special registry of suppliers of the Chilean Air Force, in accordance with the instructions of the Chilean Ministry of Defense.

Additionally, Rostec will use the exhibition as an opportunity to present their civil products. There are particularly good prospects for KAMAZ trucks, civil helicopters, medical products, and lighting equipment.

It can be said that Chileans know about the products of KAMAZ firsthand. During its 25-year history, the KAMAZ Dakar Rally team, the Blue Armada, has had many excellent victories. The team’s debut in the sport in 1988 using a common, serial-produced KAMAZ-4310 all-wheel drive vehicle. This year the team KAMAZ-Master won the Dakar Rally for the 12th time.

The FIDAE aerospace exhibition is one of the largest in the region. It has been held every year or two years since 1980; the exhibition in 2014 will be the 18th time it was held. The presidential administration and the government of Chile support the exhibition, which is organized by the Chilean Air Force. Since 2006 the FIDAE exhibition has taken place in the northern sector of the Santiago Arturo Merino Benitez International Airport, which is equipped with a special exposition space.

Russia is participating in the FIDAE exhibition since 1994. In particular, it has presented fighter planes from the Su and MiG lines, organized demonstration flights of the Ka-32 helicopter, and in 2010, presented the unique Be-200 amphibious aircraft. During the last FIDAE exhibition in 2012, more than 500 participants from 40 countries took part, and 6 companies participated under the auspices of Rostec.