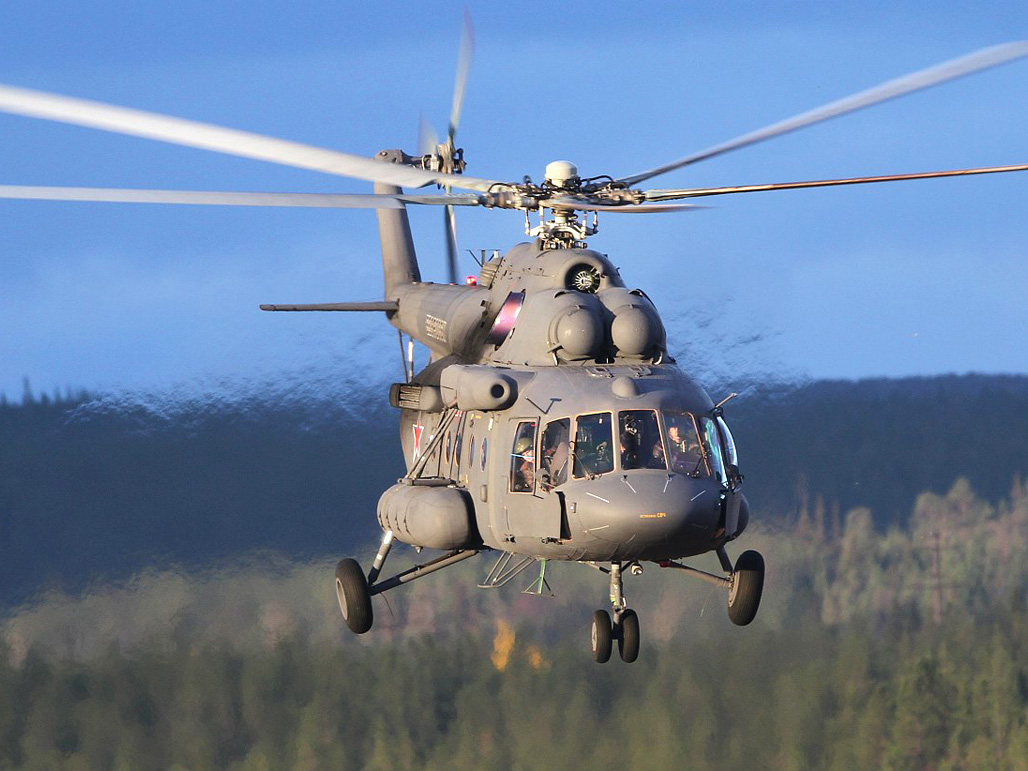 Russian Helicopters, a subsidiary of Oboronprom, part of the Rostec state corporation, has built the 3,500th export version of the Mi-17 at Kazan Helicopters. The helicopter will be delivered to the Indian Air Force as part of a contract signed by Rosoboronexport in 2012.

A contract for 80 military transport Mi-17V-5 helicopters was signed by Rosoboronexport in 2008, and all obligations have been met by the Russian side. In 2012 - 2013 India ordered a further 71 helicopters of this model, which are currently being built by Russian Helicopters to the agreed schedule.

Soviet- and Russian-built helicopters have operated successfully in India for many decades. The first Mi-4s were delivered to India in 1961; in the years since then, Mi-26s, Mi-24/25/35s, Mi-8/17s have all been supplied to India.

The Mi-17V-5s being delivered to India are part of the legendary Mi-8/17 series. All helicopters are fitted with a KNEI-8 avionics suite and a new KV-8 autopilot, which helps reduce pilot workload and provides comprehensive information to enable pilots to complete complex missions.

In addition, the helicopters are fitted with modern powerful engines, significantly expanding their capabilities for transporting heavy and bulky loads, particularly in the high mountain terrain that is a feature of northern India. In February this year Mi-17V-5 helicopters evacuated about 200 residents of villages in the northern state of Jammu and Kashmir in the Himalayas after they became cut off by heavy snowfall. In the words of Russian Helicopters CEO Alexander Mikheev, today more than 250 helicopters built at the holding’s facilities are in operation in India.

“South and South-East Asia represents a key region for promoting Russian manufacturing. Our helicopters are well-known here and enjoy stable demand. They are used for flight training, personnel-carrying, search-and-rescue and medevac missions, and providing assistance in emergencies. Thanks to their unique abilities they can operate in even the most adverse weather conditions, and complete their missions with distinction.”

Russian Helicopters is developing the Indian helicopter market in every conceivable way. The holding monitors the maintenance of helicopters in the regions where they are directly delivered and development work is ongoing on the new multirole Mi-171A2, which could potentially expand the fleet of helicopters in India.

The Helicopters of Russia holding is currently involved in the India Aviation 2014 international show, which offers operators in South and South East Asia the most topical and the newest models.

The Russian Helicopters holding, part of the Rostec state corporation, is the sole developer and manufacturer of helicopters in Russia and one of the few companies in the world with the capabilities for the design, manufacture, testing and maintenance of state-of-the-art civil and military helicopters.