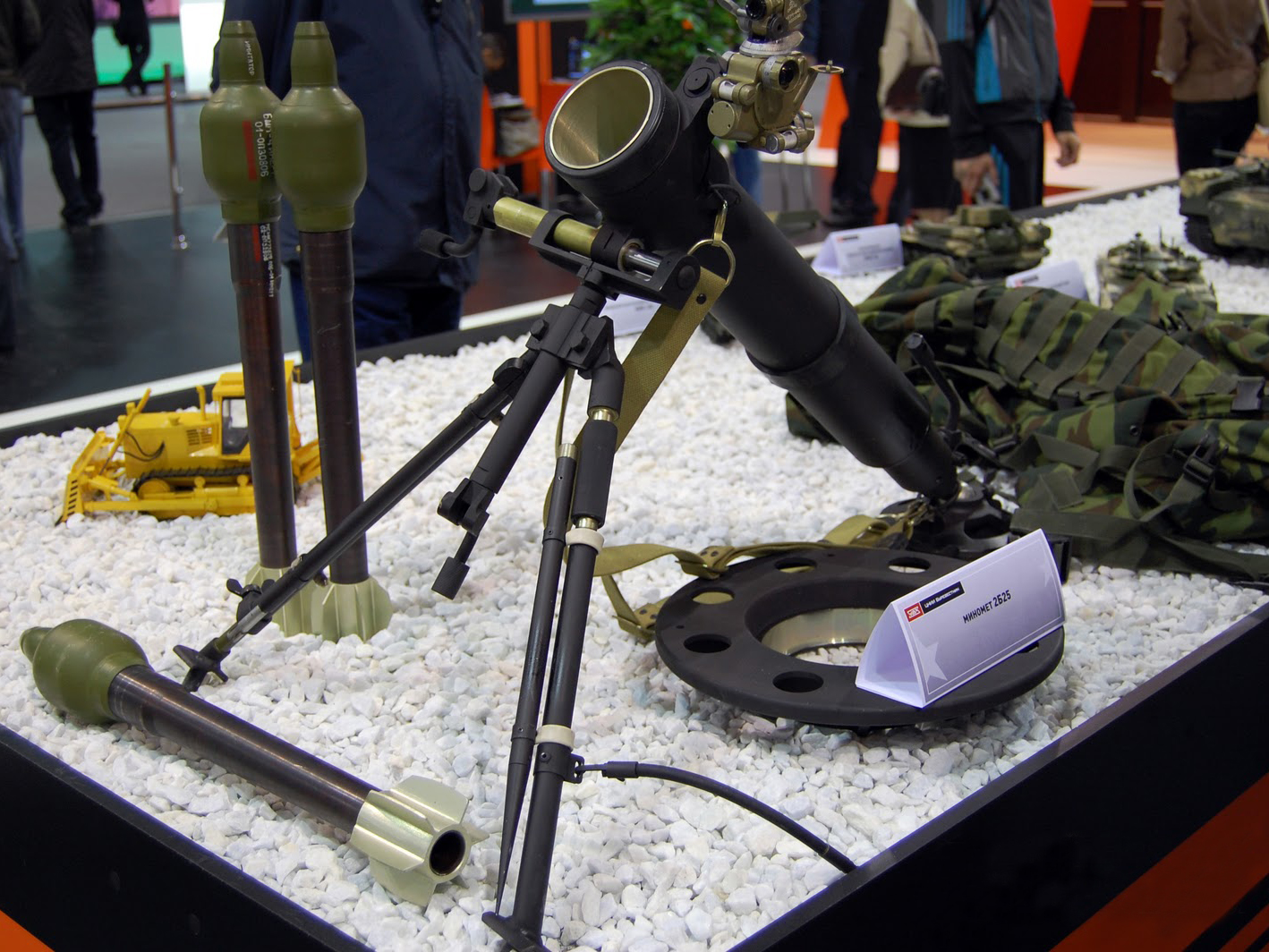 The 2B25 silent mortar

«The process has begun, but, as you know, this stage can take anywhere from three to five years to complete, RIA «Vremia N» reported CEO of Central Research Institute «Burevestnik» Georgy Zakamennykh as saying.

Samples of the 82-mm 2B24 and 2B25 mortals were first demonstrated for representatives of the UAE at the IDEX-2013 international defense exhibition.

Mohammed bin Zayed bin Sultan Al Nahyan, Crown Prince of Abu Dhabi and Deputy Supreme Commander of the UAE Armed Forces, gave high praise of the Russian armaments at the time, saying «they are the very best». «You have well-established advanced technologies, but most importantly you also have talented professionals of the highest order,» the prince said.

The basic properties of the 2B24 mortar are superior to other foreign and Russian counterparts. Its shooting range has been increased 1.5 times in comparison to previous mortars.

The 2B24 mortar has reduced weight and high maneuverability due to the use of advanced materials. The mortar is reliable, simple and safe for use.
Specialists in Nizhny Novgorod developed the 2B25 mortal complex for special forces units.

The main feature of the 2B25 mortar is its stealth and surprise combat use. The weapon fires without making a sound or emitting flame or smoke. In addition, the mortar is able to fire on invisible targets from closed firing positions on soil of any hardness and at any time. Its small weight and dimensions allow one person to easily carry the mortar as well as to parachute in with it.

The mortar is being promoted in 33 countries. Several states have already placed orders.

Rosoboronexport has the official status of the exclusive state intermediary entitled to supply the world market with an entire range of arms and military equipment manufactured by enterprises in the Russian military-industrial complex and that are authorized for export. The Rostec State Corporation owns 100% of assets in OAO Rosoboronexport.