The Vikramaditya has reached the shores of India 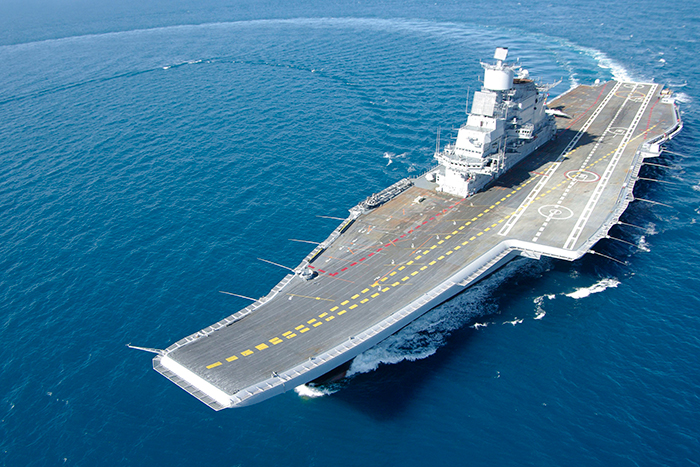 The aircraft carrier Vikramaditya has reached the shores of India, arriving at the Karwar naval base in Karnataka, where it will now join the Indian naval fleet, as reported by the Indian TV channel INS.

It is expected to take four months to introduce the new aircraft carrier into service. This time is necessary for training personnel to manage and maintain the vessel.

Remaining in India with the crew of the aircraft carrier is a team of 180 Russian experts, including representatives of the Severodvinsk shipyard Sevmash, which carried out the modernization of the aircraft carrier, and representatives from various subcontractors. These Russian specialists will remain in India after the introduction of the carrier into service for the duration of its warranty.

One of the final tests, conducted in the Gulf of Aden and the Red Sea, again demonstrated the successful operation of the ship’s technology. While the air and water temperature was about 28 degrees, the cabin was able to maintain the desired 20-25 degrees. The aircraft carrier also took part in tactical exercises on the way to India. Representatives of the Indian Navy emphasized the effectiveness and capabilities of the radar ship, as well as its seaworthiness.

The aircraft carrier Vikramaditya is a remodeled version of the Admiral S. G. Gorshkov heavy aircraft carrier. Modernizing the ship included installing a new flight deck and springboard for the MiG-29K to takeoff. In addition, the ship was given new navigation and radar equipment, as well as communication and aviation systems.

As previously reported, the contract to produce the Vikramaditya for India was signed in 2004. The cost was originally agreed upon for $1.5 billion, but as the work progressed, this amount increased to $2.3 billion. Under the agreement, India received the ship for free, but paid for its overhaul and modernization, as well as carrier-based MiG-29K/KUB fighter planes and Ka-27 and Ka-31 naval helicopters.

The Vikramaditya has reached the shores of India