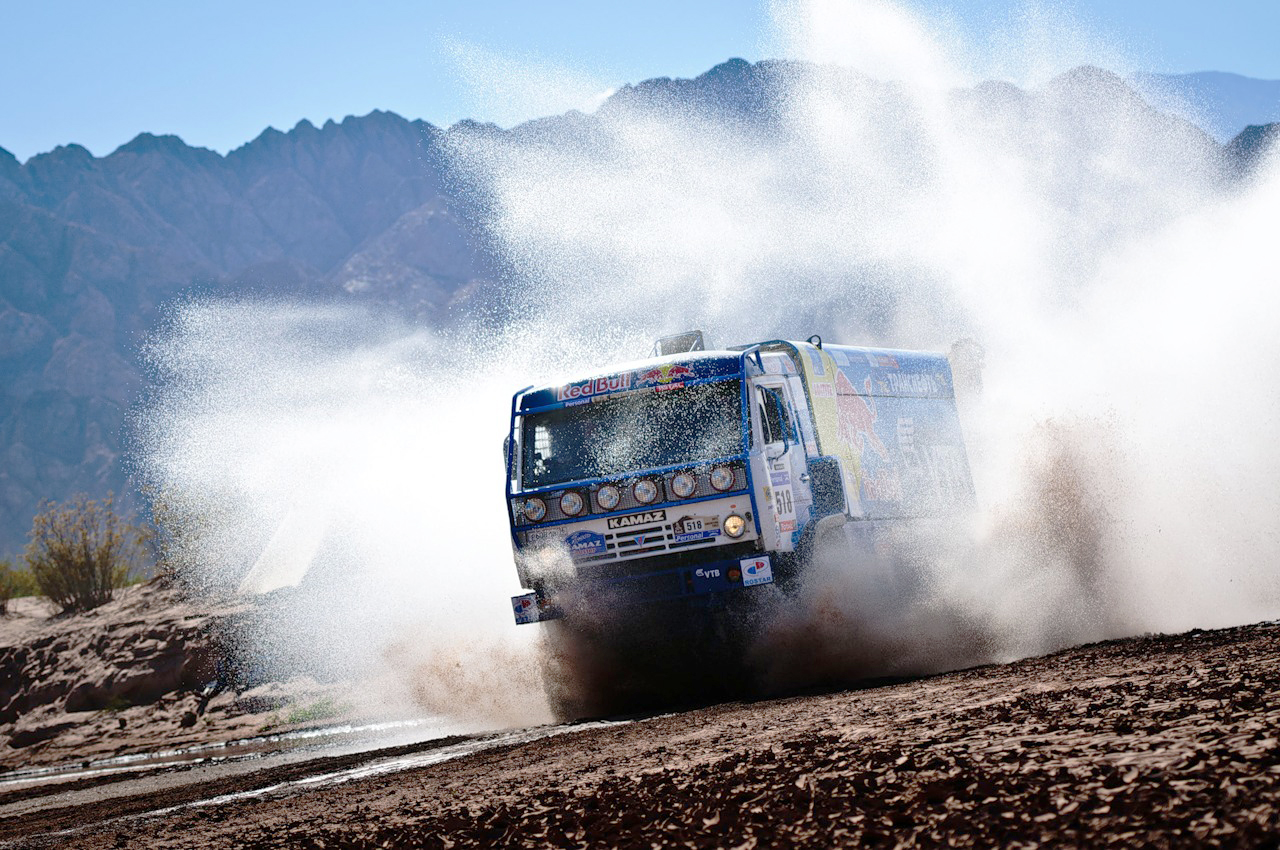 Meanwhile, the crew headed by Ayrat Mardeev fizzled out in the third stage of the Dakar 2014 rally marathon. It happened on the 386th kilometer of Louis - San Rafael stage.

The truck was driving along the shore of a dried river, when one of soil section collapsed. As a result, truck overturned on the roof, but the crew was not injured.

Mardeev led the first stage and started ahead of the peloton of trucks. Despite the fact that he managed to put his truck on wheels and prepared to continue the fight, the Board of Sports Commissioners of this competition decided to withdraw the Russian crew from the race, as reports Newsru.com.

The truck GPS turned off unintentionally during the rollover. According to the regulations, this device shall not be switched off during all stages. The organizers considered this event as flagrant violation of the rules and the truck was taken off the competition despite the protests of the team.

KAMAZ is the largest Russian truck manufacturer comprising more than 150 organizations located in Russia, the CIS and abroad, including 12 major automotive manufacturing plants. It has assemblers in Vietnam, Iran, India, Kazakhstan and Pakistan. This company employs more than 59 thousand people.