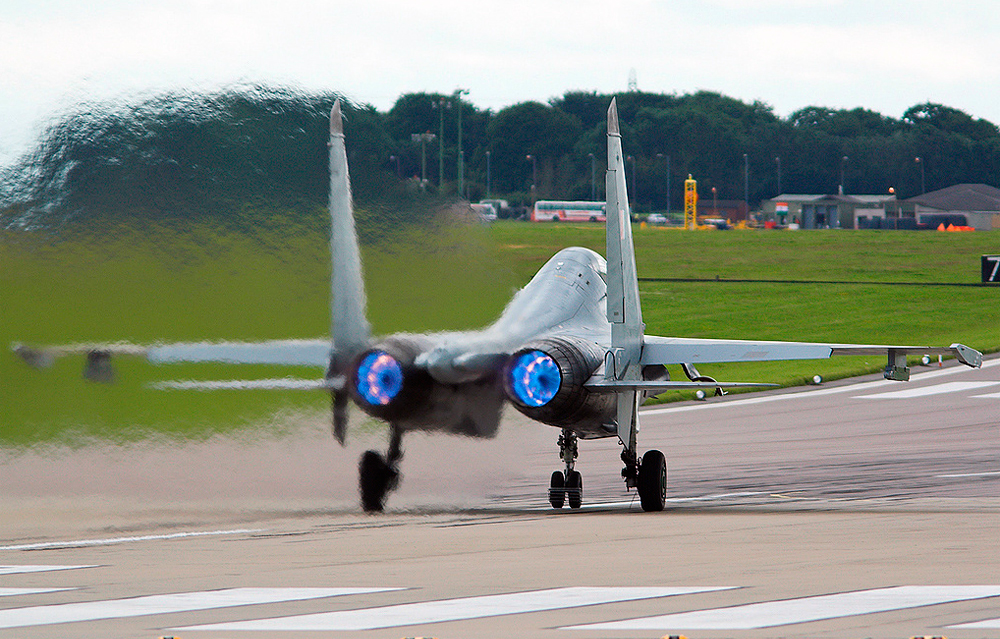 According to the source, the contract includes the delivery of 18 Su-30K fighter jets, the cost of which–together with repair and weapons–will make up half of the total price. The deal also includes spare parts for Soviet-made weapons, small arms and weapons, ammunition, tanks, artillery, and Mi-17 helicopters, according to Vedomosti. Additionally, the two sides agreed to build an ammunition plant in Angola.

The Su-30K fighter jets, which previously belonged to India, were developed in the late 1990s before the creation of the more advanced Su-30MKI. They were previously offered to Sudan and Vietnam, according to a source close to Rosoboronexport.

Senator Mikhail Margelov, the president’s special representative for cooperation with African countries, has not confirmed the exact value of the contract. He said, however, that there was little value in wondering about the price: while the volume of trade and economic cooperation between the countries is significant in many areas, Russia does not have a large role in Angola’s foreign trade.

According to Magrelov, oil makes up the bulk of Angola’s exports, with 44% going to the USA and 19% to China. Concerning imports, 15% come from Portugal and 12% from South Africa. An increase in Russia’s role is possible, asserted Magrelov, through greater cooperation in military-technological, space, diamond mining, and banking sectors.

Angola is one of Russia’s springboards into Africa, as the countries present a united front in international organizations and have similar or same positions on many international issues, according to Margelov. For example, Luanda supports Moscow’s approach to Syria.

The close political ties trace back to Soviet support of the Angolan liberation movement and long-standing military-technological cooperation, although political engagement outpaces economic relations. According to a review of bilateral relations by the South African Institute of International Affairs, Russia is the only BRIC country not included in the list of Angola’s top ten trading partners, ranking 27th instead.

Russia has continued to train Angolan officers, though. According to Margelov, in 2012 more than 500 Angolans studied in Russian military universities, even as China and Brazil have been Angola’s primary arms suppliers.

Rosoboronexport has begun to fulfill its contract with Iraq