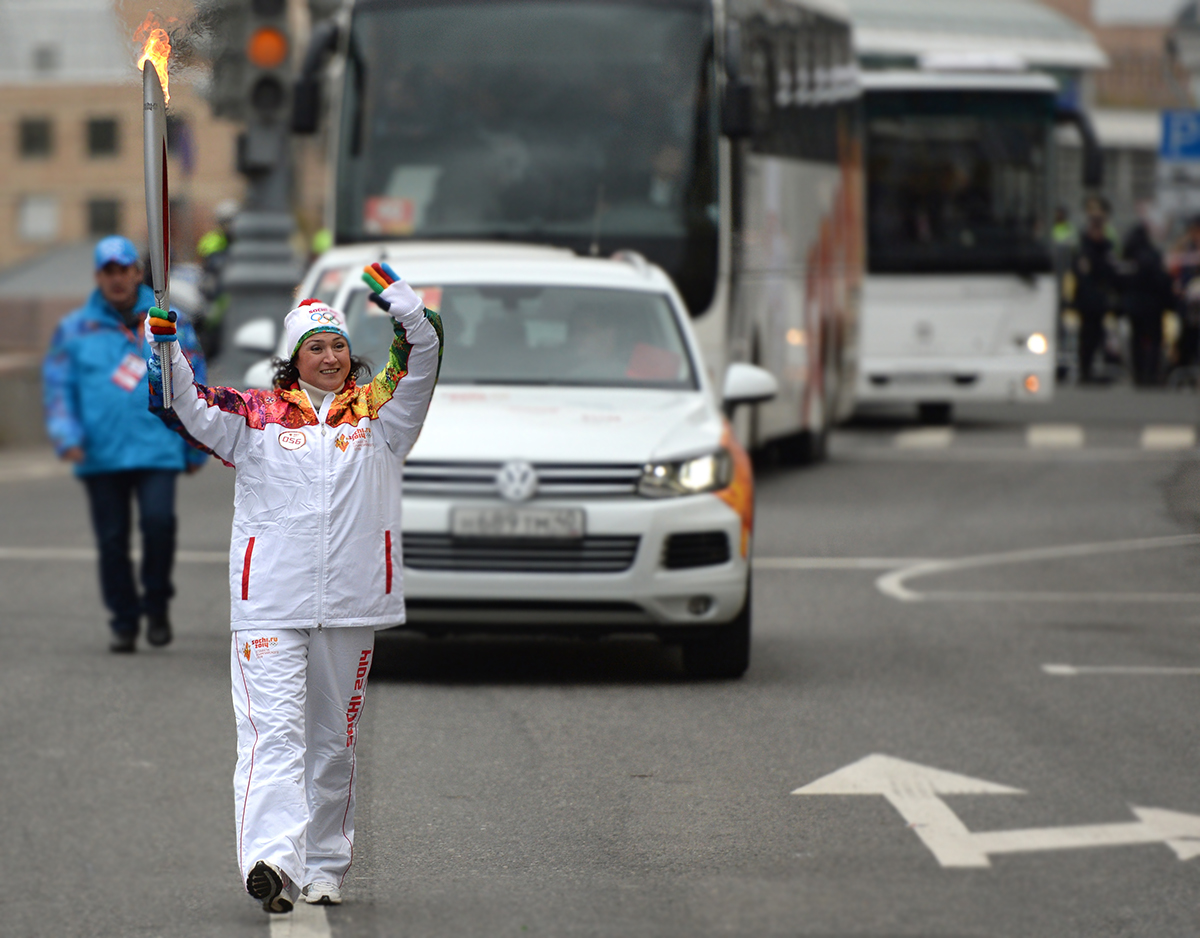 The symbol of the Sochi 2014 Olympic Games has arrived in Moscow as part of the traditional torch relay. Yulia Voronova, assistant to the Rostec general director for social projects, had the honor of carrying the Olympic Winter Games torch. She shared her experiences with the editors of Rostec.ru.

How did you react when you found out that you would be a torchbearer? What emotions did you have during your leg of the relay?

At first I was fairly calm, as I was told about the opportunity three months in advance, and in the meantime, anything could have happened. I only told my relatives about it this past week. But during my leg of the relay, I became very emotional. Spectators watching the torch ceremony cheered and wished me good luck. I had about twenty minutes of free time while waiting for the torch, during which many spectators took photographs. Children were particularly enamored. It is an unforgettable feeling when you realize that you are part of something big, part of history.

According to tradition, participants in the relay can keep their torch for themselves.

Yes, it is a good initiative. I would like to give the Olympic torch to my children, who were standing on the route, rooting for me.

Some skeptics have said that the incidents that marked the start of the Olympic torch relay are bad signs.

That was just a technical issue and is not even worth paying attention to. The spectators and the participants of the relay were in a wonderful mood, and we all believe that the 2014 Olympic Winter Games will be successful and even unforgettable. The athletes should be prepared for the best and believe in victory.

On behalf of yourself and Rostec, what would you like to wish the Russian athletes at the 2014 Sochi Games?

I wish that the athletes would achieve great results and that, together, Russia would win first place in the overall team standings.

The tradition of the Olympic flame goes back to ancient Greece. The first torch relay was held in Germany in 1936. At that time, several thousand runners carried the torch from Olympia to Berlin. This is the second time for the Olympic flame to arrive in Russia, the first time being for the 22nd Olympiad in 1980. The Olympic Flame has begun its 123-day journey through Russian cities.