AVTOVAZ set to ramp up production of the Nissan Almera 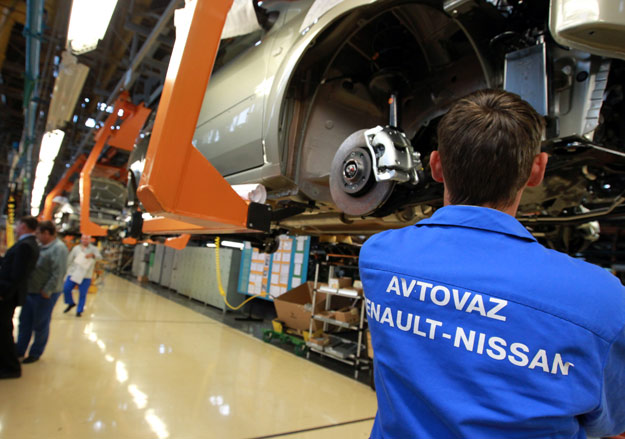 AVTOVAZ will expand production of the Nissan Almera at its factory.

According to Roman Skolskyi, Public Relations Manager of the Nissan East Regional Subdivision, the sedan, which initially went on sale in April, reached total sales of 8,000 vehicles by the end of September.

Currently, the company has received more than 9,000 orders for the car.

Furthermore, he added that production volume would increase to 3,000 vehicles in December and 3,500 vehicles in the initial months of 2014.

The Nissan Almera began production at Togliatti in December 2012. The capacity of the lines where B0 platform vehicles are produced, including the Lada Largus, allow for 70,000 Nissan Almera vehicles to be manufactured per year.

Customers can buy the new vehicle in three trim levels: Welcome, Comfort and Tekna. The cost of the car ranges between RUB 429,000–569,000.

The new Almera has a 1.6-liter gasoline engine, and it produces 75 kW (102 hp) of power as well as 145 Nm of torque. The Almera comes equipped with either a five-speed manual transmission or a four-speed automatic transmission.

Among other things, the car has an impressive ground clearance of 160 mm. The model is the ideal solution for the secure, practical average Russian citizen who can afford a reasonably-priced car.

AVTOVAZ is one of the largest producers of passenger cars in Russia and Eastern Europe. The company is the main employer of the City of Togliatti, Samara Region. The company currently employs about 68,000 people.

AVTOVAZ is supplying a restyled Priora to Ukraine

AVTOVAZ set to ramp up production of the Nissan Almera

Lada Sport LUKOIL: Success at the round in Japan