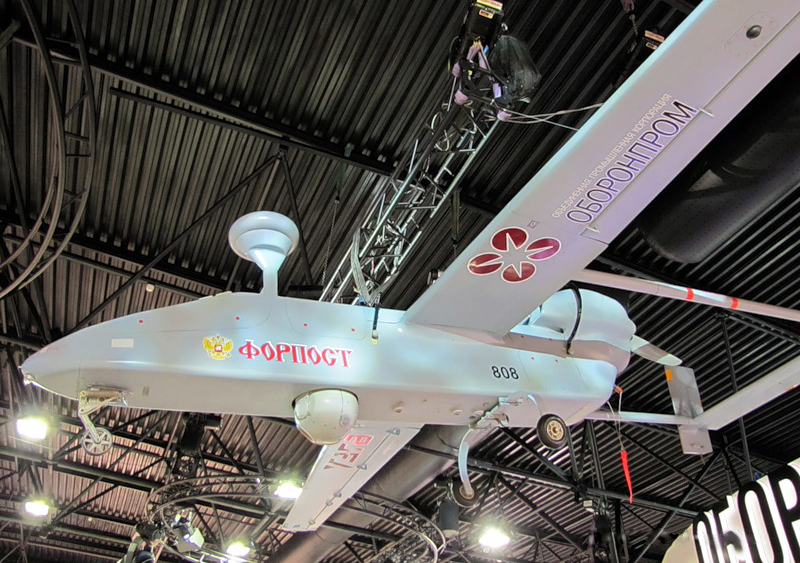 For the first time exhibits of RAE-2013, an international arms show held in Nizhny Tagil, will be broadcast from a Russian drone called Forpost.

Russia Arms EXPO-2013, an international arms show, will take place in Nizhny Tagil from September 25 to September 28. The latest achievements in the arms industry and state of the art weapons from all around the world will be displayed at this show. Four hundred exhibitors from fifty countries of the world will show unique properties of their products.

All the weaponry and activities on the testing ground will be broadcast by a Russian drone called Forpost.

According to Denis Koksharov, the spokesperson for Nizhny Tagil Institute of Metal Testing (NTIIM) whose testing ground will be used for the show, Forpost drones have been successfully tested and broadcast “pictures” of the battleground.

As Valeriy Rudenko, the director general of NTIIM and an academician of the Russian Missile and Artillery Academy, have said earlier in an interview to ITAR-TASS the video signal will be broadcast from the drones to the control center and then to the control panels of tanks and other pieces of military equipment.

“It is also expected to broadcast from air vehicles using a special TV-system. All this is done to please participants and guests of the show”, he said.

For the first time drones called Forpost and Zastava made by Ural Works of Civil Aviation (a subsidiary of Oboronprom) were tested on Staratel testing ground in Nizhny Tagil on January 25. the drones have been manufactured as part of the implementation of the defense procurement project of supplying systems with unmanned drones. This procurement has been authorized under the government arms program.

From shells to nano diamonds