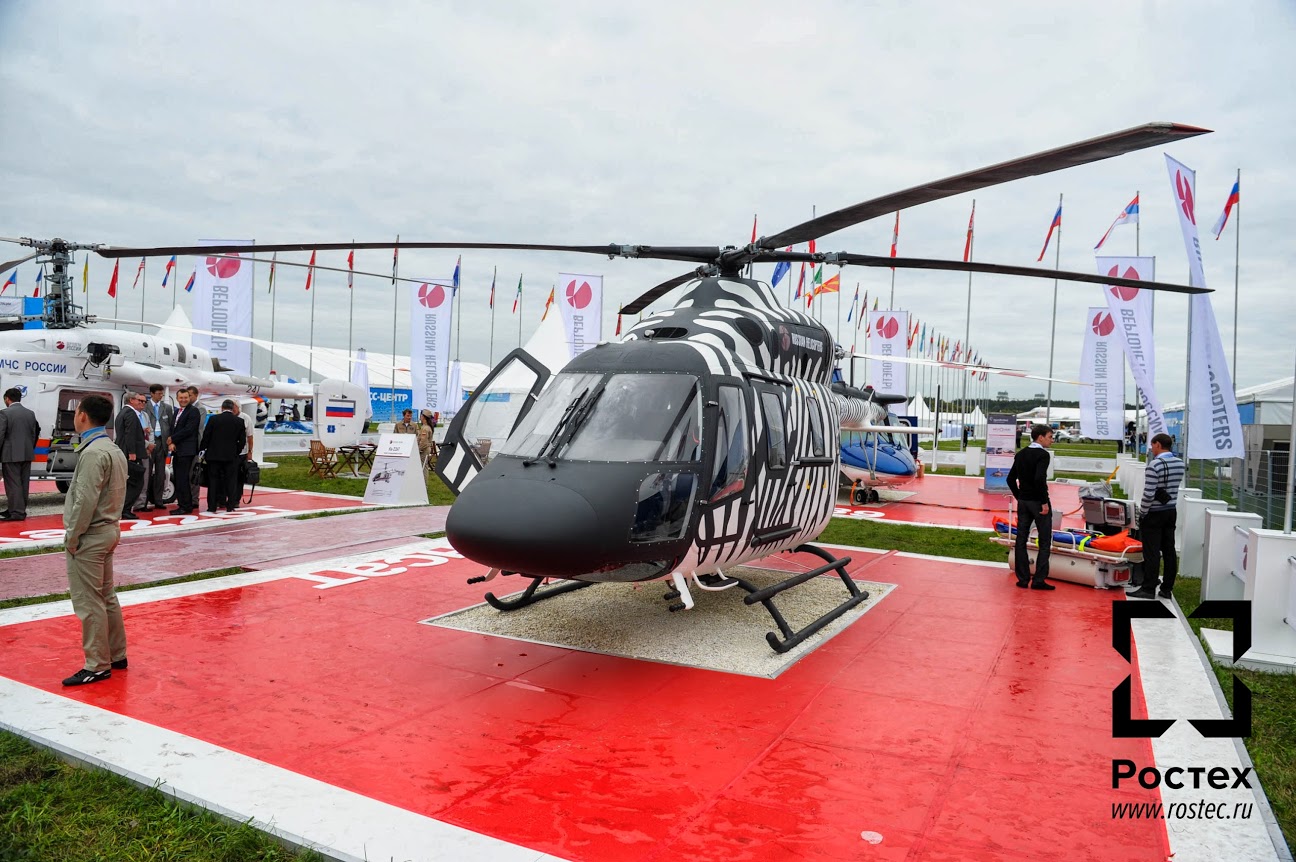 New light multipurpose helicopter Ansat with the hydromechanical control system (GMSU) got a certificate of the Interstate Aviation Committee.

The ceremony of giving certificate was held at the international air show MAKS-2013. The certificate confirms that the helicopter Ansat meets the requirements of design and aviation rules and regulations which means that it allows to initiate commercial exploitation of these helicopters.

Kazan Helicopter plant, the designer and manufacturer of Ansat helicopter, started the process of certification of a civil version of helicopter with hydraulic control system in 2011. Press-cutting service informs that KHP has previously developed a version of Ansat with the latest by-wire flight control system.

It is also known that Russian Helicopters is taking into consideration the idea of production of its multi-purpose light helicopter Ansat for South Africa. In September of 2012, Ansat was presented to the african market in the international exhibition Africa Aerospace and Defence.

Holding offered this helicopter to african operating companies in an adapted for local conditions variant. The possibility of establishing a joint production of Ansat was discussed in spring of 2013 during the BRICS summit in South Africa.

According to experts, the modernized version of Ansat has a number of important advantages over similar products of its type: the helicopter is reliable and easy to use, it can be used in different climatic conditions in cases of extreme divergence of positive and negative temperatures, and it does not require hangar storage. The new Ansat has already been presented by the holding Russian Helicopters in key markets including CIS countries, the countries of South-East Asia, Africa and Latin America.

Kazan Helicopter Plant produces a number of subtypes of Mi-8/17 helicopters, which are used in more than 100 countries worldwide. There is a wide range of modifications of these helicopters: transport, passenger, rescue, troop transport, and many others modifications.

A new medium-passenger transport helicopter Mi-38 is going to be produced. Since 1997, the KHP has a certificate to developer helicopters: nowadays a light twin-engine helicopter Ansat is in mass production

Russian Helicopters is a subsidiary company of Oboronprom, one of the world's leading company in helicopter industry, the only designer and manufacturer of helicopters in Russia. Holding was formed in 2007.

Ultralight helicopter for the global market