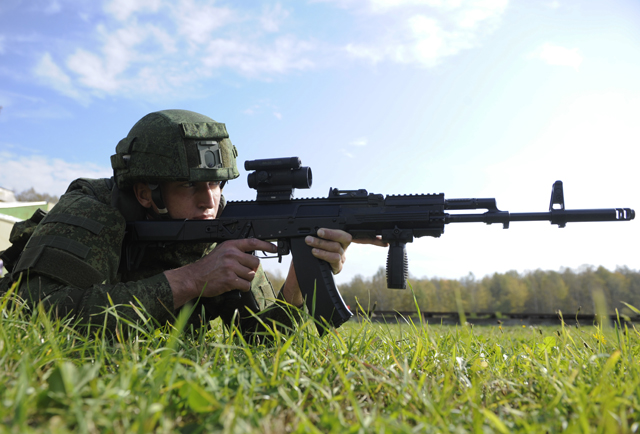 Mr Rogozin noted that the new sniper armament systems are based on modern versions of designs by Arkady Shipunov who, from 1962 to 2006, was designer general and head of KBP Instrument Design Bureau, reports RIA Novosti.

“If we do this, and we do it quite soon, you’ll be glad to know that Shipunov’s legacy is alive and well,” Mr Rogozin stated during his visit to the company.

Arkady Shipunov died on Thursday 25 April at the age of 86.

The deputy prime minister also emphasised that the Military-Industrial Commission had control over the project.

In early November, trials of the new AK-12 assault rifle began in the Moscow Region, and last summer, Izhmash, a weapons manufacturer, announced plans to design a special version of the AK-12 which would meet the requirements of the special forces.