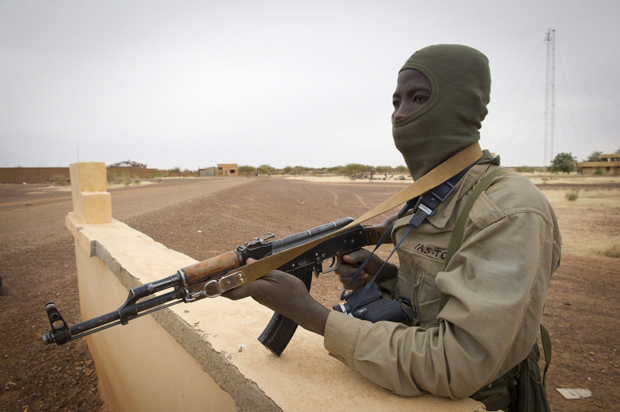 Rosoboronexport sign a deal with the Malian Defense Ministry to ship approximately 3,000 upgraded Kalashnikov rifles chambered for 7.62 rounds, Interfax newswire reports citing a source in the Russian defense industry. The contract worth more than US$ 1 million was signed on behalf of Izhmash in September 2012.

General Director of Oboronexport Anatoly Isaikin said a few days ago that the first delivery was sent to Mali approximately two weeks ago. “These are absolutely legal shipments. Negotiations are under way to make additional deliveries of small batches of the rifles,” Independent Military Review reports citing Isaikin.

In a widely publicized move, EU High Representative for Foreign Affairs and Security Policy Catherine Ashton voiced a proposal during negotiations in Brussels for Russia to take part in an EU military training mission in Mali. Russian authorities refused the offer, citing lack of a framework agreement between Moscow and Brussels on cooperation in crisis resolution.

Russian equipment to be presented in Malaysia

European Police Forces to be Armed with Osa

Russia and Italy Map Out Prospects