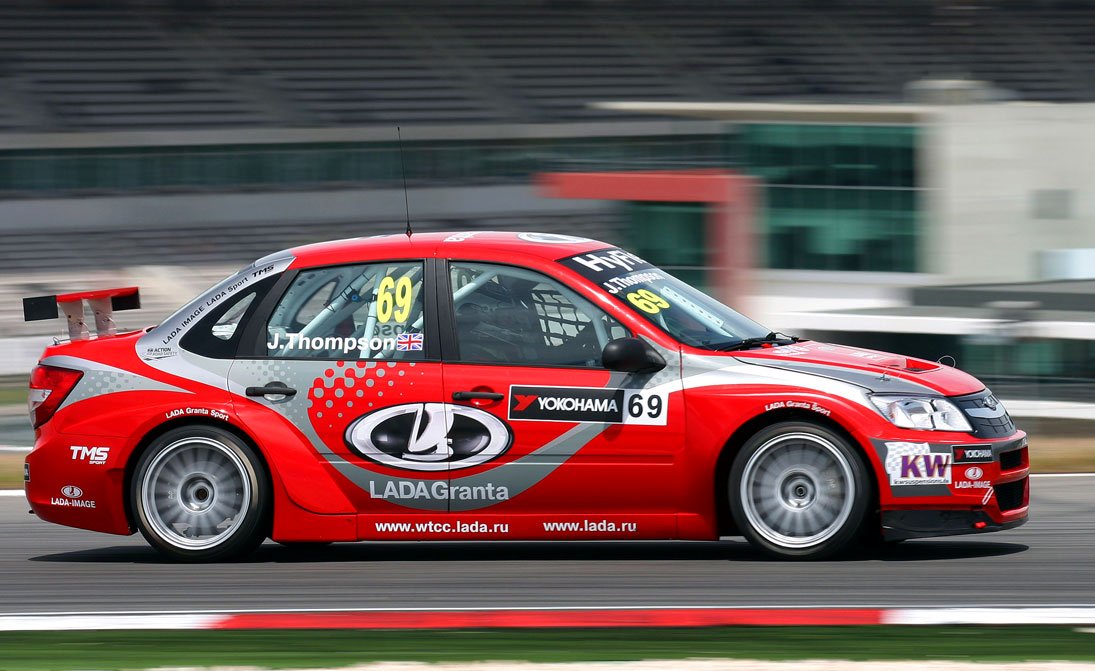 Lukoil within the cooperation with AVTOVAZ has gathered a new Lada Granta Sport team for competing at WTCC.

Lada Granta is a Russian bestseller. James Thompson and Alexey Dudukalo already have a WTCC experience and are well acquainted with the AVTOVAZ cars. At pre-season testing Lada Granta Sport showed excellent performance. James Thompson anticipates that engineers and mechanics managed to considerably improve car construction and engines after season.

According to Alexey Dudukalo, Driving Lada Granta is a great privilege, honour and responsibility. He represents not only the Russian car brand, but the country, which has millions of Lada fans.

AVTOVAZ and Lukoil have been collaborating for 2 years and participation in the championship of such level is an important marketing line for the both companies.

Lada Granta on its way to the European Union

Lada Largus is a sure bet

Nissan showed a teaser photo of the Kalina-based sedan