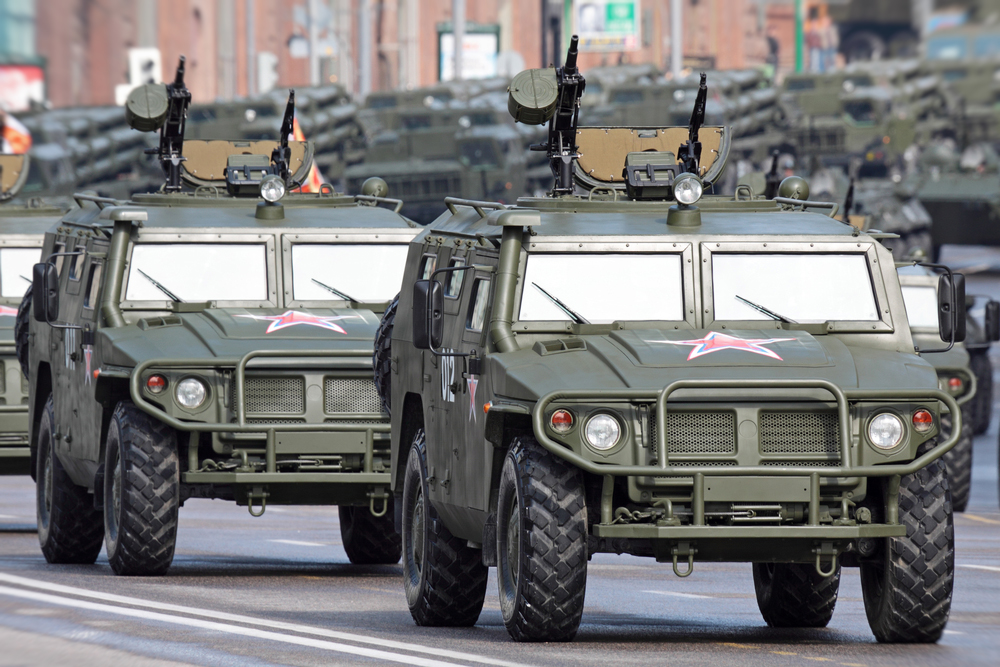 Russian BMD-4M, Tiger and KAMAZ machines will be preferable to Italian Ivecos while reequipping. Besides, most glorious troops units will get the historical names in order to support morale.

ALT wheeled armour mostly consists of Russian machines including Tiger-M and will be complimented with BMD-4M. Russian Defence Minister believes that Italian Ivecos (Rys in Russian modification) are less adapted to the Russian conditions.

According, to General Shamanov, air-assault troops will obtain automobile equipment based on Tiger and Typhoon (KAMAZ) vehicles by May. This armoured machinery will be air-assault. Tiger-M will be procured in the nearest future and first to obtain it will be Special Forces. As for the KAMAZ vehicles, they need to be upgraded to perfectly suit the purposes of Russian Army.

Equipment of the Future

ALT will soon obtain parachutes and medium helicopters along with the armoured vehicles.

Mr Shamanov says, “We actively cooperate with R&D centres on the combat machine of the Future ideology elaborating. We see it as the rotary-wing medium helicopter equipped with powerful weapon system. The machine is to be capable of committing firing dashes on 10-70 km and result in maneuver capability improving.” The rotorcrafts are to have fold rotors, be manageable and relatively cheap. So, the work is in progress.

Besides, the unmanned armoured vehicle is to be designed. General Shamanov was also interested in light and combat UAV procurement for ALT. In order to implement this, every ALT unit needs to have UAV subunit. He also believes in the controlled robotics being essential for ALT. That might mean R&D centre returning to Air Landing Troops.

According to Shamanov, some troop units are to get their historical names of the Great Patriotic War. General also believes that another historic tradition, spot checks of alert status and combat effectiveness, will do a world of good. The first to check in the 20 years was a parachute regiment in Ivanovo last week. It was completely unexpected even for the General himself, who is strongly intended to conduct more of the checks.

The staff of ALT commandment might also increase in 1.5 times. It is going to be expanded with 40-45 officers. Now it consists of 97 people.

European Police Forces to be Armed with Osa