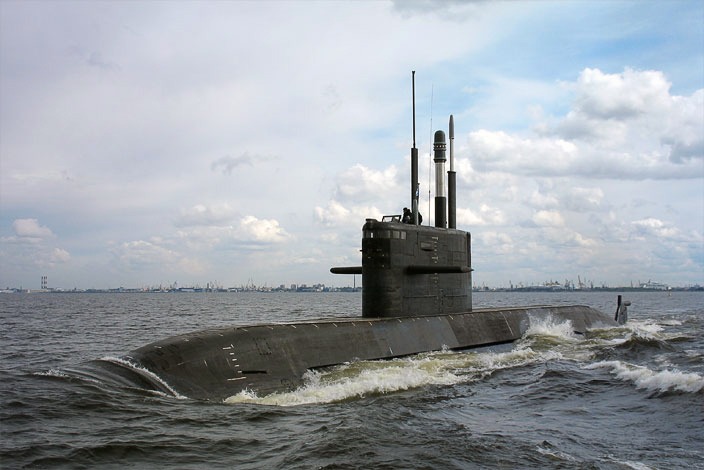 According to Anatoly Isaykin, among the 9 countries, which planned submarine forces modernization or coinage, 3 settled upon the newest Amur-1650 conventional submarine. The air-independent propulsion (AIP) for the submarine developing by the Rubin Central Design Bureau might also arouse considerable interest.

Russian Amur-1650 submarine equipped with AIP bids for the Project 75(I) Indian maritime forces tender for $ 11.8 billion along with French Scorpène, German Type 214 and Spanish S-80. The tender started in September, 2011 and the winner is still undefined.

Russia also has an Amur-1650 analogue, the Lada-677 conventional submarine. In 2010 the first prototype, Saint Petersburg submarine joined the maritime forces of Russia.

Vikramāditya will appear in India in the end of 2013