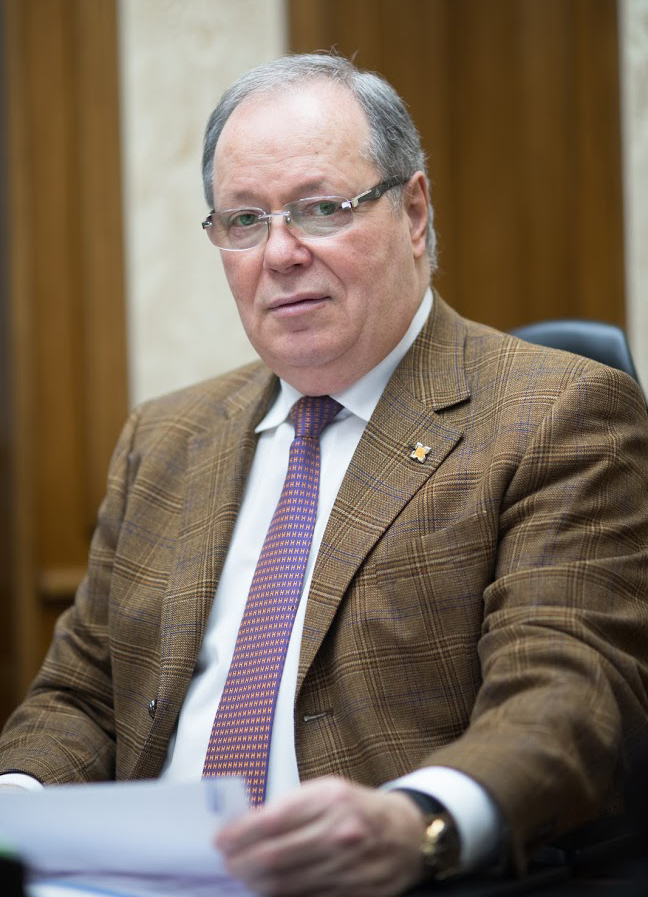 1978 – graduated from Irkutsk State University with a degree in Law.

2009 – graduated from Saratov State Social and Economic University with a degree in Accounting, Analysis and Audit.

The Third-Class State Counselor of Justice.

1978–1994 – employment in internal affairs bodies of the Russian Federation in leadership positions.

2008–2009 – Advisor to the General Director of the Rostekhnologii State Corporation.

Professor of the Academy of Military Sciences,

Received Medal "For Strengthening the Combat Commonwealth", as well as departmental awards,

Received the rank of "Honorary Worker of Rostec State Corporation".