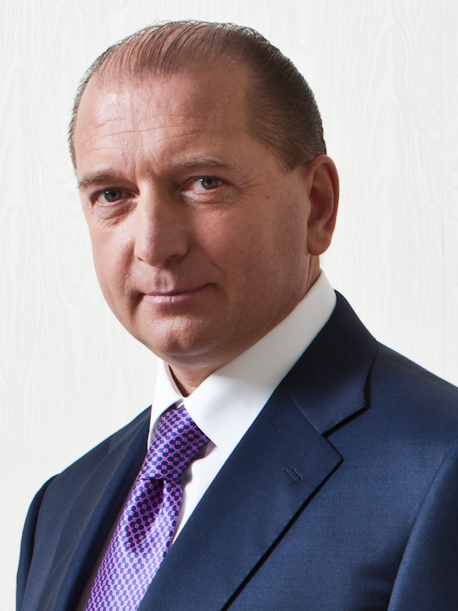 1986 – graduated from the All-Union Polytechnic Institute with a specialization in Civil Engineering.

2000 – graduated from the Russian Presidential Academy of National Economy and Public Administration and Higher Courses at the Military Academy of General Staff of the Russian Armed Forces.

1997–1999 – Department of Presidential Affairs of the Russian Federation.

President of the non-profit organization “Union of Russian Gunsmiths Named after M.T. Kalashnikov".

Chairman of the Supervisory Board of the non-profit organization "Union of Manufacturers and Users of Railway Rolling Stock ‘Association of Carriage Builders’".

Member of the Central Council of the "Union of Mechanical Engineers of Russia".

Orders “For Merit to the Fatherland” II degree, III degree, and IV degree.