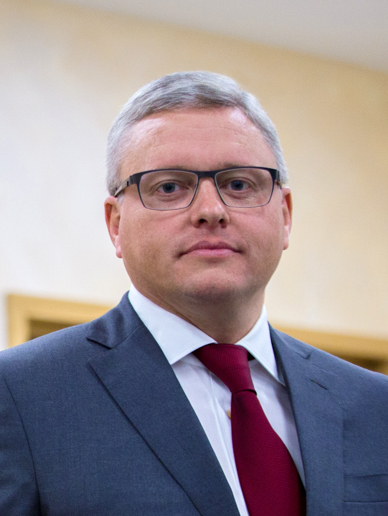 University degree. In 1998 he graduated from the Military University of the Ministry of Defense of the Russian Federation.

In 2009 he graduated from the Russian Presidential Academy of the National Economy and Public Administration.

2012–2013 – undersecretary, Deputy Director of the Foreign Economic Relations Department, Ministry of Industry and Trade of the Russian Federation.

Member of the Board of "Union of Mechanical Engineers of Russia".

Medal of the Federal Service of Military-Technical Cooperation of Russia "For Distinction".

Distinction of FSMTC Russia In Recognition of Military-Technical Cooperation.