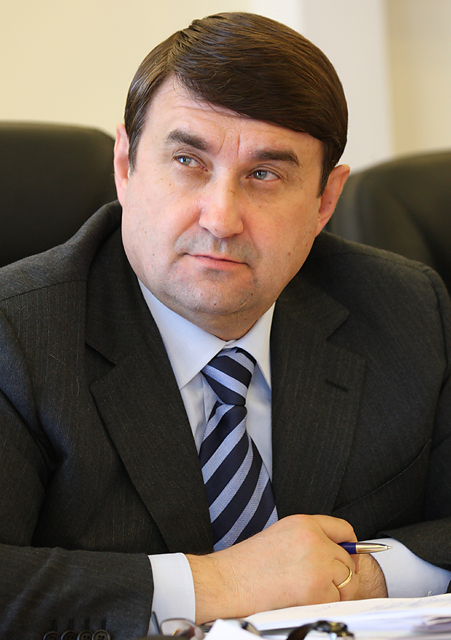 Aide to the President of the Russian Federation

Born February 21, 1952, in the village of Tsebrikovo in the Odessa region, Ukraine.

Education
1973 – graduated from the Leningrad School of Railway Troops and Military Transport.

1983 – graduated from the Military Academy of Logistics and Transportation with a specialty as a transport engineer.

1983 – 1985 – served as a military commandant of the Urgal railway station of BAM. Participated in the fitting of the “Golden Link”

1985 – 1994 – worked for the Moscow railway as a military commandant, head of the department of military transport, and then the Deputy Chief of Military Transportation

Since May 20, 2004 – Minister of Transport of the Russian Federation

2008 – appointed Chairman of the Board of Directors of Aeroflot

Member of the Board of Directors the United Aircraft Corporation

Member of the Board of Directors of Russian Railways.

Medal for the Development of Railways (January 9, 2008), for a significant contribution to the development of rail transport

Personal life
Married, with one daughter