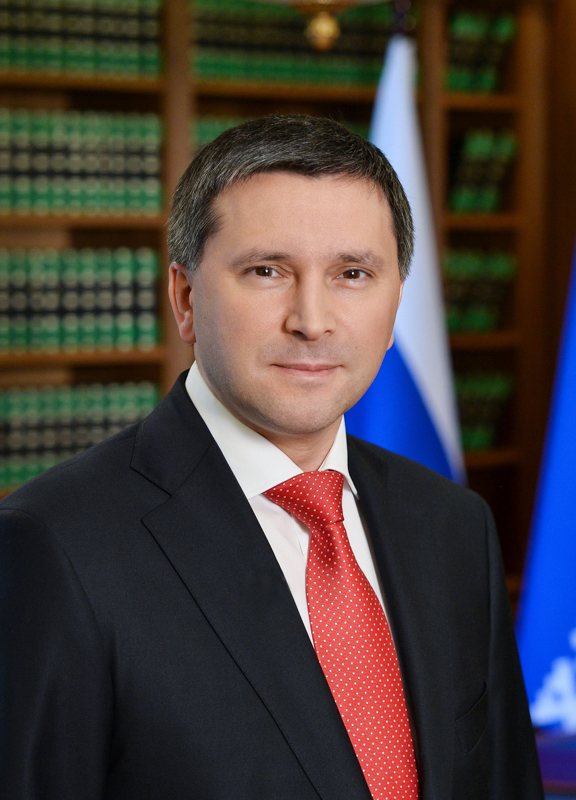 Minister of Natural Resources and Environment of the Russian Federation

1993, graduated from the Ufa Oil Institute with a degree in mining engineer-geophysics.

2003, graduated from the Institute of Professional Retraining of the Ural Academy of Public Service with a degree in state and municipal management.

Began his career in the geophysical association "Shelf" in Gelendzhik city.

1994–1995 - geologist at the Tarkosalinskoye oil and gas exploration expedition.

2000 - Supervised the development of the Khancheyskoye field and managed process of oil and gas production.

2002 - First deputy head of administration of the Purovsky district of the YNAO.

2005 - Head of the Purovsky District municipality.

2010 - Governor of the Yamalo-Nenets Autonomous District.

2015 - Acting Governor of the Yamalo-Nenets Autonomous District. From October 1, 2015 - Governor of YaNAO.

From 2018 - to the present day - Minister of Natural Resources and Environment of the Russian Federation.

Certificate of merit of the Legislative Assembly of the YNAO.

The title of "Honorary Citizen of the Purovsky District".

Medal of the Order of Merit for the Fatherland, second degree.

The badge of honor of the Chamber of Commerce and Industry of the Russian Federation.

Certificate of merit of the Ministry of Regional Development of the Russian Federation.

Medal "For distinguished service in rectifying consequences of emergency situation."

Badge of Honor "For contribution to the development of legislation of the Yamalo-Nenets Autonomous District".

Certificate of merit of the Council of Federation of the Federal Assembly of the Russian Federation.

Medal "For loyalty to the North."

Order of the Holy Prince Daniel of Moscow, third degree.

Lapel badge of the Russian Ministry of Foreign Affairs "For the contribution to international cooperation".

Gratitude from the Chairman of the Council of Federation of the Federal Assembly of the Russian Federation.