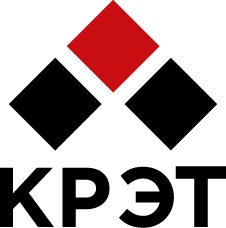 Joint-stock company Concern Radio-Electronic Technologies (KRET) is a member of the State Corporation Rostec. Today, KRET has over 70 member companies that engage in engineering and manufacturing of radioelectronic products.

The Concern's companies are spread out all over Russia, from Saint Petersburg to Vladivostok, and their total stuff is currently over 50 thousand people.

Joint-stock company Concern Radio-Electronic Technologies was registered on February 19, 2009. This date is considered the company's time of establishment.

Today the Concern is the Russian leader and leading developer and manufacturer in the field of avionics for all types of aircraft (over 80% market share), state identification systems (over 90% share). The Concern's products are supplied to more than 30 countries around the world.

The production of electronic equipment for military and civil aircraft is the main activity of the Concern.

In the medical devices sector, some of KRET’s leading products include:

The Concern's enterprises have produced more than 3 million products for the automotive industry (electric petrol pumps, fuel level sensors, etc.); fire and security systems; equipment for the energy and oil and gas industry; electrical products; products for subway systems and Russian Railways and other civilian products.

The Concern is an innovative leader in the production of electric charging stations for electric vehicles and electric buses; production of welding machines and boxes for the assembly of switchboard equipment and ceramic products.

Composition of the holding