Shvabe Holding is a part of the State Corporation Rostec. It unites several dozen production and research centers in 10 Russian cities: today, it is the core of the country's optics industry. The activities of the holding company's entities span the entire cycle of engineering and manufacturing high-tech electrooptical and laser equipment designed for national defense, state and public security, and civilian industries. Over 200,000 lighting structures and 10,000 pieces of medical equipment designed and made by Shvabe-are installed all over the Russian Federation – their products can be found in virtually every city. 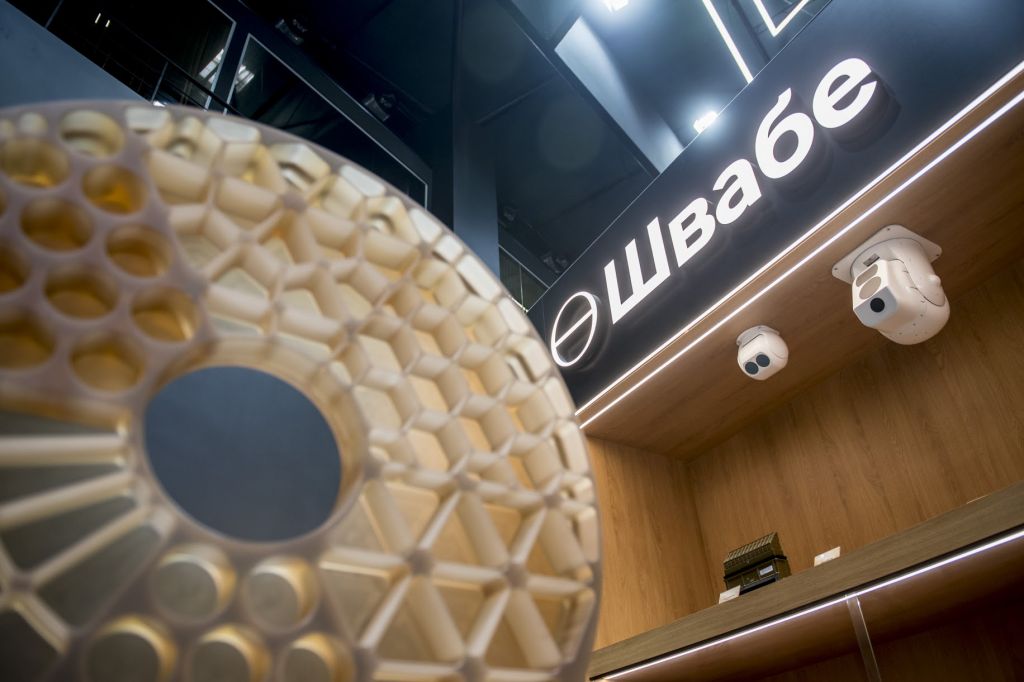 Shvabe's history dates back to 1837 – the year when an innovator and entrepreneur Feodor Shvabe opened an optical devices trading and manufacturing company in Moscow.

In 1853, Shvabe's company first participated in the First All-Russia Industrial Exhibition, presenting its large telescope, several microscopes, scales, and a solar clock. Their debut was highly successful: Feodor Shvabe was decorated with a Large Silver Medal. In 1873, the company was transformed into an F. Shvabe Trading House, and in 1912 – into a joint-stock company "F. Shvabe." By then, their product line included more than 4,500 models. Starting in the mid-1980s, the company started repurposing some of its manufacturing facilities to produce civilian instead of military products: instead of field binoculars, they switched to manufacturing tourist and theater glasses, instead of military sights – sports and hunting sights, instead of military and defense-purpose night vision systems – CCTV security systems.

Shvabe today is an amalgamation of several dozen entities in many of Russia's regions (such as Moscow and Moscow Region, Yekaterinburg, Saint Petersburg, Kazan, Novosibirsk, and many others) as well as overseas (China, Germany, Switzerland, Belorussia, etc.). These are designers and manufacturers of optical and laser systems and complexes, optical materials and technologies, knowledge-intensive medical equipment, energy-saving lighting equipment, and other high-tech products. The holding company currently employs over 18,000 specialists, including 5,000 designers and engineers.

Shvabe today stands for competitive products that are invariably popular and highly appreciated by consumers all over Russia and several dozen countries around the globe. The company is constantly expanding its retail and service network.

Shvabe today embodies unique technologies in the field of engineering and manufacturing optical materials, hydrooptics and acousto-optics, low-temperature optics, and high-energy lasers, and handling large-dimension astronomical optics. This means that the company is forging ahead day in and day out, being audacious in every decision, abiding by the philosophy of creation – and, as a result, bringing to life new products.

Shvabe has established a directorate and expert commissions for the innovative development of its member companies. These commissions support new projects and promote the deployment of new advanced designs and technologies into its manufacturing process.

At the end of 2018, the company's design portfolio included 2,228 intellectual property assets. Its constituent companies obtained 1,610 patents and inventor's certificates, including 86 international patents for their inventions.

Among its most recent projects is a pioneering, unrivaled product developed jointly with LG Electronics – transparent OLED-matrix glass for subway cars and other railroad transport, as well as an intelligent visual control traffic light that projects into the air a laser "wall" that warns the drivers that they are approaching a pedestrian crosswalk 200 meters ahead.