Holding in the field of electronic components, microwave technologies, semiconductor devices and materials

The Ruselectronics Holding is a national electronics innovator and unites the largest concerns of the country's radio-electronic industry, which include more than 140 production organizations and research institutes. The head structure is the United Instrument Manufacturing Corporation (UIMC).

The general director of the Holding is Sergey Stepanovich Sakhnenko.

Ruselectronics was founded by Decrees of the President and Government of Russia in 1997. In 2009, it became part of Rostec State Corporation. The Holding was established with the aim of consolidating domestic enterprises of the radio-electronic industry, developing a unified scientific, technical and development strategy, and financial recovery of assets.

In 2017, the Ruselectronics holding and the United Instrument Manufacturing Corporation were merged. In 2020, a national electronics innovator was created on the basis of the United Instrument Manufacturing Corporation to improve the operational efficiency and cooperation of the enterprises of the Rostec radio-electronic complex, which operates under the Ruselectronics brand. The new structure includes the largest organizations of the country's radio-electronic industry - Sozvezdiye, Vega, Ruselectronics, Automation, Control Systems, as well as the National Center for Informatization (NCI), which is an integrator of Rostec’s technological systems solutions.

The Holding is responsible for more than 50% of the output of electronics components in Russia, 8% of the output of the radio-electronic industry as a whole and provides more than 10% of the industry's jobs. Ruselectronics’ total number of employees is over 70 thousand people. Ensuring Russia’s technological independence, Ruselectronics enterprises produce modern domestic equipment, which in terms of price and technical characteristics can successfully compete with international analogues. The Holding's products are supplied to more than 30 countries, including Europe, Southeast Asia, the Middle East, Africa and Latin America. 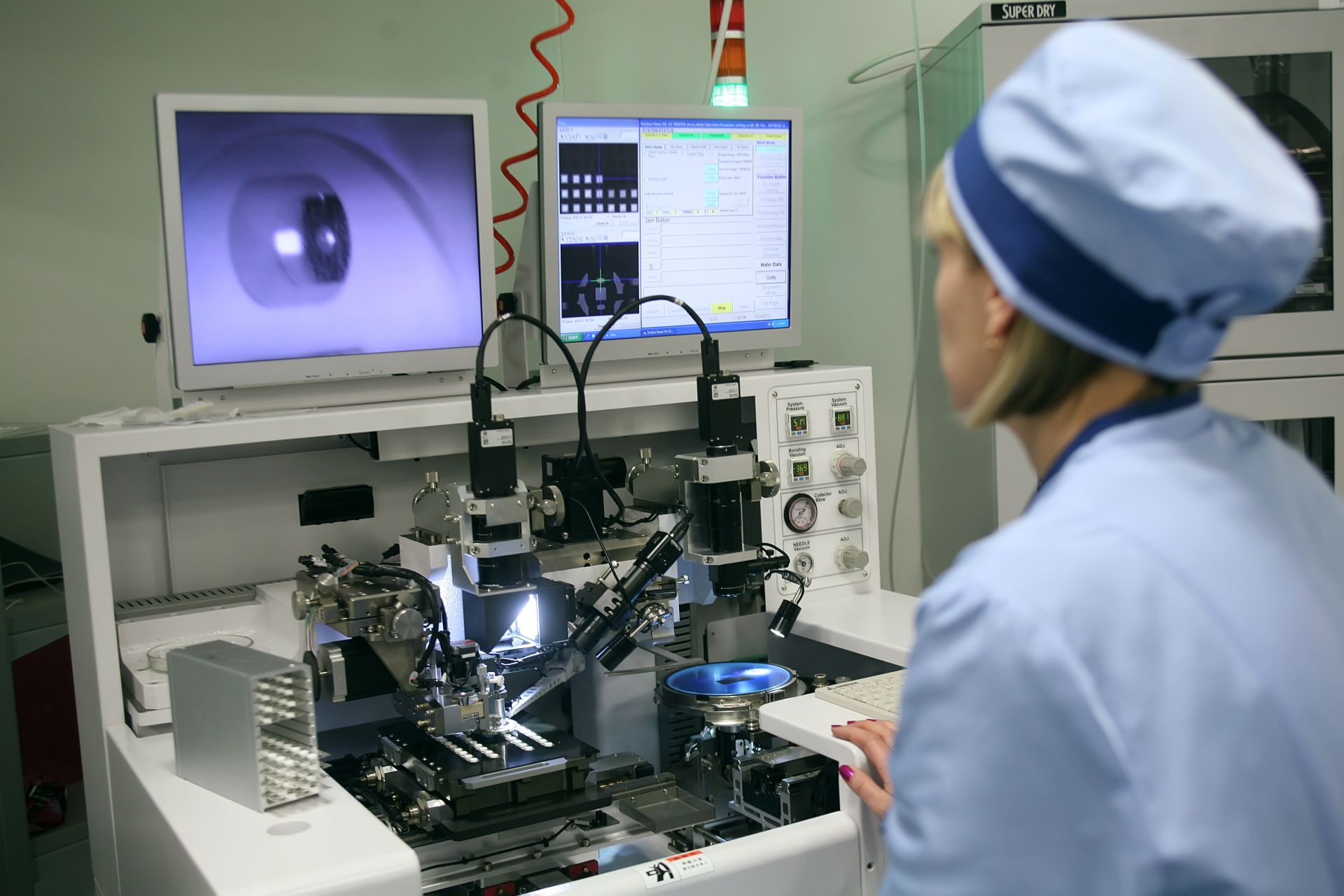 Among the largest projects are the development of the Unified State Healthcare System and the Regional Medical Information System, social facilities’ connection to IT infrastructure, modernization of regional airfields, laying of trunk fiber-optic communication lines, design and modernization of checkpoints across the border of the Russian Federation.

The Holding has identified strategic priorities for scientific and technological development, which allow to create new products and solutions, as well as forming a technological base for further growth.

The enterprises of the Holding are working on the creation of new technologies in the field of radar, optoelectronics, cybersecurity, 5G, 6th generation radio communications, advanced microwave electronics, automated control systems and robotics.