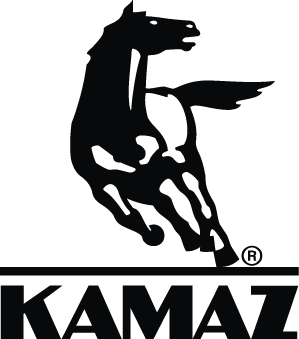 KAMAZ is Russia’s largest manufacturer of lorries which brings together over 150 entities in Russia, CIS and abroad, including 12 large-scale automobile plants. It runs assembly facilities in Vietnam, Iran, India, Kazakhstan and Pakistan and employs 59,000 people. The company is headed by Sergey Anatolyevich Kogogin.

The company was founded in 1969 as Kamsk production system to manufacture heavy trucks (KAMAZ industrial group). The main assembly line released the first truck on February 16, 1976. Industrial group KAMAZ was transformed into a joint stock company in 1990. In April 2009, Russian Technologies officially acquired 37.8% of KAMAZ shares and this stake was increased to 49.9% a year later. 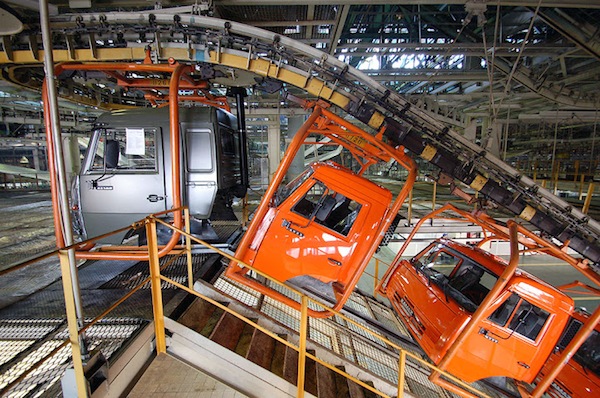 A unified industrial complex of JSC KAMAZ Company Group covers the whole technology cycle for manufacturing cargo vehicles, from design to manufacturing and  assembly of automotive equipment and components, and to marketing and maintenance of finished products.

KAMAZ is the leader on the markets of Azerbaijan, Kazakhstan, Turkmenistan, Ukraine and many other countries. Its produce is exported to 43 countries.

A clear  evidence of KAMAZ quality is that KAMAZ-Master team has been a frequent  winner of off-road rallies, including 10 victories in the Dakar rally and several victories in other international races. This made KAMAZ a world renowned brand able to successfully compete with such global manufacturers as Mercedes and MAN. In 2011, all four trucks, participants of the Dakar rally, took the first four places.

KAMAZ is a town-forming enterprise in Naberezhnye Chelny, Tatarstan, which makes a major contribution to social and economic development of both the city and the Republic of Tatarstan by funding social and environmental programs and projects aimed at developing sports, culture and arts. 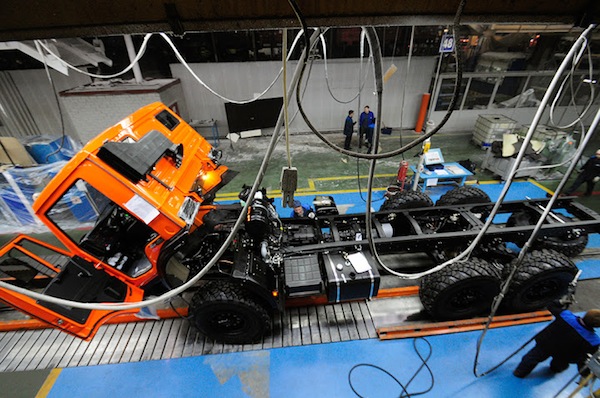 KAMAZ brand accounts for every second vehicle from 14 to 40 tons manufactured and operated in the CIS. There are over 30 basic models and 1,500 modifications. 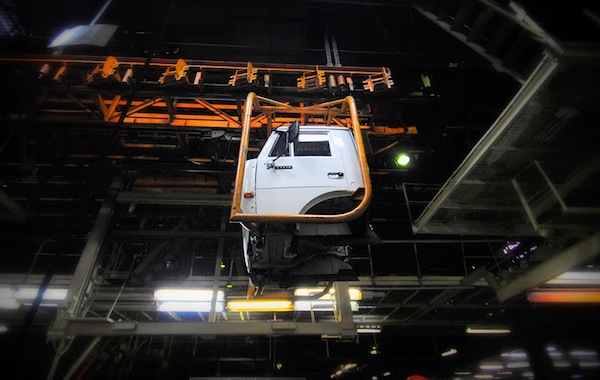 KAMAZ’ strategic focus is integration into the international auto making sector. The company cooperates with 600 suppliers in Russia, CIS and other foreign countries and 120 Russian manufacturers of special-purpose vehicles. KAMAZ is a fast-growing business which actively cooperates with international partners.

Daimler, a German automotive group, owns 11% of shares in KAMAZ and works with the company on several projects. According to experts, such partner relations may be beneficial for both parties. KAMAZ may benefit from upgrading production, attracting investments and obtaining sophisticated technologies; and Daimler may acquire additional capacity and access to a well-established dealer network.

KAMAZ contributes to growth of the sector overall. In March 2010, KAMAZ and CNH Global NV, part of FIAT Group, signed an agreement to set up a joint venture to manufacture agricultural and construction equipment. The stakes in CNH-KAMAZ Industrial BV are owned by partners on a parity basis.

In September 2011, KAMAZ and Marcopolo S.A. signed an agreement to set up a joint venture to manufacture and market Marcopolo buses. This joint venture intends to produce 3,000 buses annually and reach the project capacity by 2016.